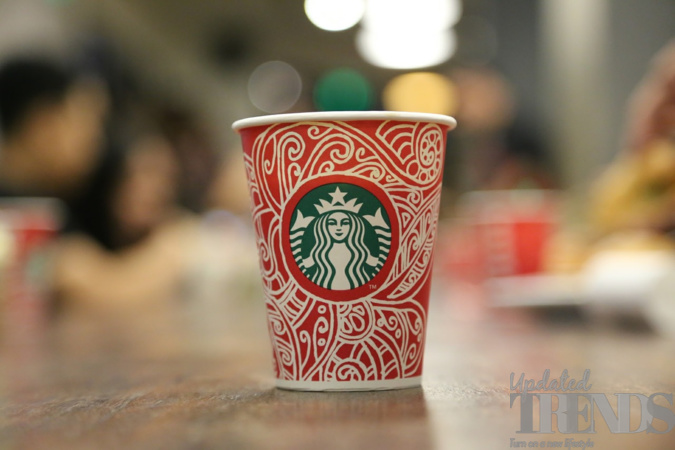 Starbucks has designed some fresh cup designs specifically for the holiday season. To match with the season mood, the cups have been designed with red and green colors predominantly. Two of the cups carry the slogan of the season ‘Carry the Merry’. The new designs also have a name and are called as Sparkle, Dot, Ribbon and Brand Wrap. The information on the seasonal cup designs was given by the Seattle based Starbucks, which has also said that the customers will be receiving the holiday-inspired cups along with their drinks that they have ordered starting from November 6, 2020.

Jeff Wilkson, the creative director of the company has said that the idea behind the decorative seasonal cups was to allow their customers to carry them out in the world as messengers of joy. He added that the message could be deepened as everyone moves forward in to the year. This is not the first time the company is introducing holiday cups. The seasonal cups were subject to criticism in the year 2015. Some people had opined that the company had opted not to use images that was largely associated with Christmas.

The Race Together design introduced in 2015 had invited a lot of criticism along with other cups. Even in 2005, the Way I See It design was also criticized by many people. This year it seems like Starbucks is being careful in terms of its design and is making sure that it is only winter-themed that was announced on November 5, 2020.

It is not all about the cups, but the chain has also introduced its 2020 holiday menu items on November 5, 2020. The new holiday menu includes a peppermint mocha, eggnog latte along with a toasted white chocolate mocha. From Friday onwards, some of the food items like snowman cookies, cranberry orange scone and cranberry bliss bar will also be available on the menu as the highlights.