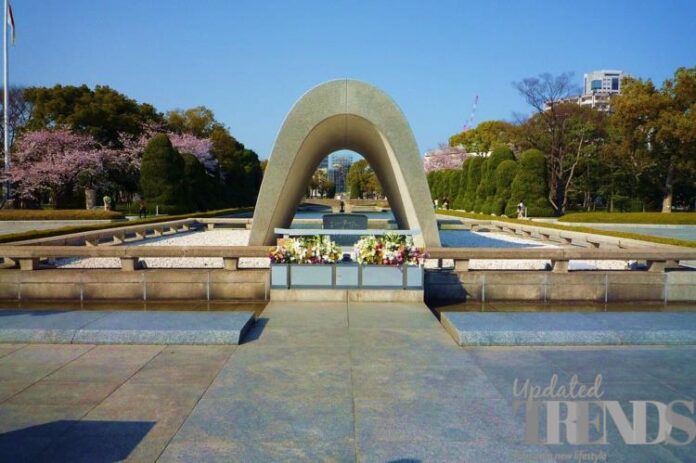 August 6, 1945 was the day that marked the world’s first atomic bombing at Hiroshima. The survivors of the tragedy gathered in diminishing numbers near the blasted dome on Thursday to mark the 75th anniversary. Many of the survivors urged the world and their own government to ban nuclear weapons. Japan is facing a surge in the number of coronavirus cases, due to which the number of survivors turning up to mark the event reduced than normal. However, the message that was conveyed by the people was more important and clear.

The average age of the survivors is 83 and the numbers are diminishing with each passing year. Today a number of nations boast their respective nuclear weapons that they possess and their own government has refused to sign a nuclear weapons ban treaty. Amidst the government’s silence and hypocrisy, the survivors and their relatives observed the blast anniversary at 8:15 am with a minute of silence.

It was the United States that dropped the first bomb on Hiroshima on August 6, 1945 that left the city destroyed and claimed lives of about 140,000 people. Another bomb was dropped by the United States three days later on the city of Nagasaki that killed another 70,000. Japan surrendered on August 15, 2020 that ended the World War II and also brought an end of its aggression on Asia.

But since then the nations have continued to build their own weapons as a result of the cold war and a nuclear stand off amidst the nations that continues even today. Amidst the observance of the 75th anniversary of the blast, six members from the survivors group had confronted Prime Minister Shinzo Abe over the treaty. But Abe has insisted on the policy of Japan not to sign the treaty and cited that they have taken a different approach and added that the government shares the focus of eliminating nuclear weapons. But his words did not find a match with his actions.