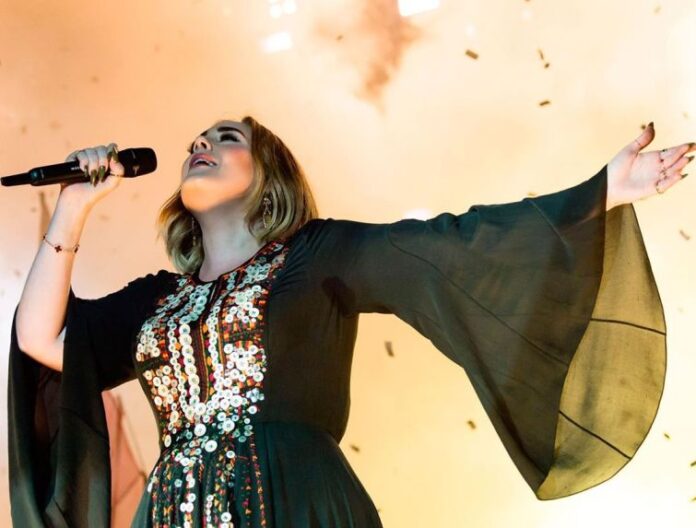 British singer Adele has been in news for her drastic weight loss. The singer keeps giving glimpses of herself in her new look. Earlier it was on her birthday when she shared a stunning picture of her. The 32 year old singer did it again during the weekend and shared another picture that saw he holding the microphone.

And once again, Adele showed off her weight loss progress but the image had a cryptic caption with just a smiley. The fans started wondering if it was a teaser for some of her new songs. In the comments section, many fans asked if it was a teaser or if she was planning to launch an album. But Adele was quick to deny the rumours of a new song and requested her fans to be patient and added that the coronavirus pandemic is not yet over and she is still under quarantine.

Her message further appealed to her fans to wear a mask and stay safe. The singer has not even given a time table, but going by her clarifications it seems like the fans have to wait for a few more months. It was in the month of February when she was seen performing at a friend’s wedding and she was then heard saying that they can expect their album to be released in September, 2020.

In 2019, Rapper Nicki Minaj had revealed that the two had recorded an epic song together and have also shot a music video. Minaj during an interview had said that Adele had made her swear to keep this a secret and that she is not allowed to talk about it to anyone. It is since 2015, since the singer has not launched new music. During the lockdown time, the singer is bonding with her 7 year old son Angelo, who was born from her former husband Simon Konecki. Some of the close friends of the singer say that she is in a very good place mentally and physically.