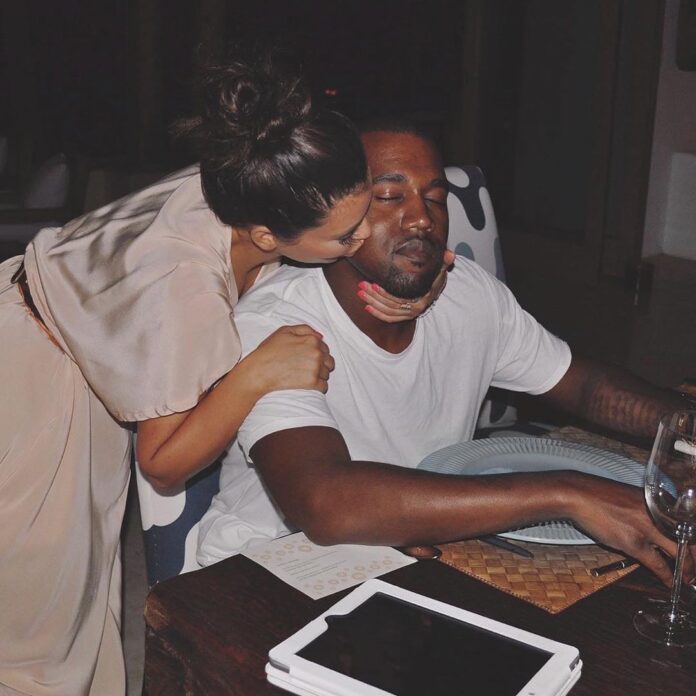 American media personality and reality TV star Kim Kardashian celebrated her sixth wedding anniversary with husband Kanye West amidst speculations that there is trouble in their paradise. The actress marked the anniversary by posting a picture of herself planting a kiss on the cheek of husband Kanye. Kim posted another picture which showed the couple smiling for the camera and looked happy as ever. The reality TV star was seen lovingly wrapping her arms around the rapper’s shoulders.

Kim and Kanye had a romantic wedding in Italy on May 24, 2014. The actress had also posted some beautiful pictures from the wedding on Instagram. Kim’s mother Kris Jenner also observed the day by posting a few pictures of the couple, who continue to be in love and all the speculations about trouble between the two were put to rest. Kanye and Kim are parents to four children together 6 year old North, 4 year old Saint, 2 year old Chicago and ten months old Psalm.

Some of the reports had said that Kim is getting frustrated that Kanye is not contributing enough towards the family responsibilities and that they are living at two different ends of the house to keep things civil. On the other hand Kanye is also making efforts to give his wife some space. Kim is fond of kids, but like any other mother, she too needs her personal time as well and needs a break from the kids and the screaming.