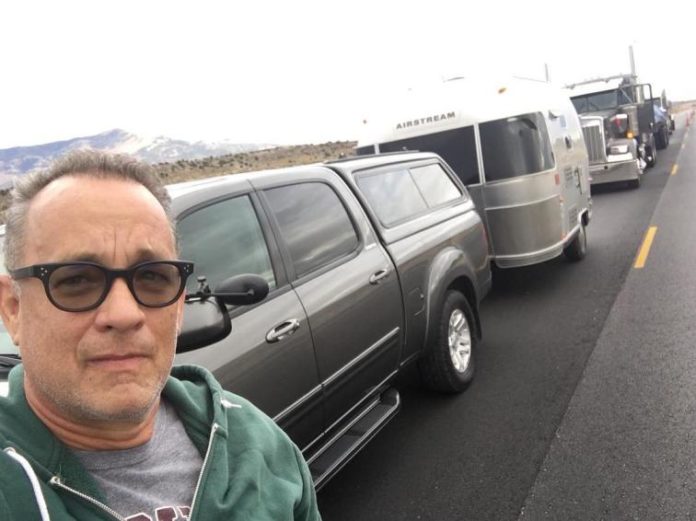 American actor and filmmaker Tom Hanks took his social media account and revealed that he and his wife Rita Wilson have tested positive for coronavirus in Australia. The actor revealed that he and his wife were tested by the medical authorities in Australia, where he is working on an upcoming flick. Tom said that they were feeling tired and also had slight body pain with slight fever.

Hanks added that he and his wife will be tested, observed as well as isolated for as long as it is required. The actor also said that there is nothing more to share for now and will keep his fans and the world posted about his condition. A leading daily said that Tom was in Australia to film for a movie and is about the life of the legendary singer Elvis Presley. Tom in the film will be seen playing the role of the singer’s manager, Colonel Tom Parker.

Hanks is not just a great actor but is also known for some of the remarkable films for which he has turned a filmmaker. He claimed Academy awards for some of his performances in Philadelphia and Forrest Gump. Many of his films have scored more than $4.9 billion in the U.S. and Canadian box offices and has grossed more than $9.96 billion across the globe. He is one of the highest grossing actors in North America.

On the personal front, the actor was earlier married to actress Samantha Lewes and together they have a son Colin Hanks who was born in 1977. They also had a daughter Elizabeth Hanks born in 1982. However, the couple got divorced in the year 1987. Tom Hanks met Rita Wilson on the sets of the TV Comedy Bosom Buddies. The two got married in the year 1988 and together they have two sons. Coronavirus is infecting people across the globe and health experts are appealing people to remain cautious and informative.