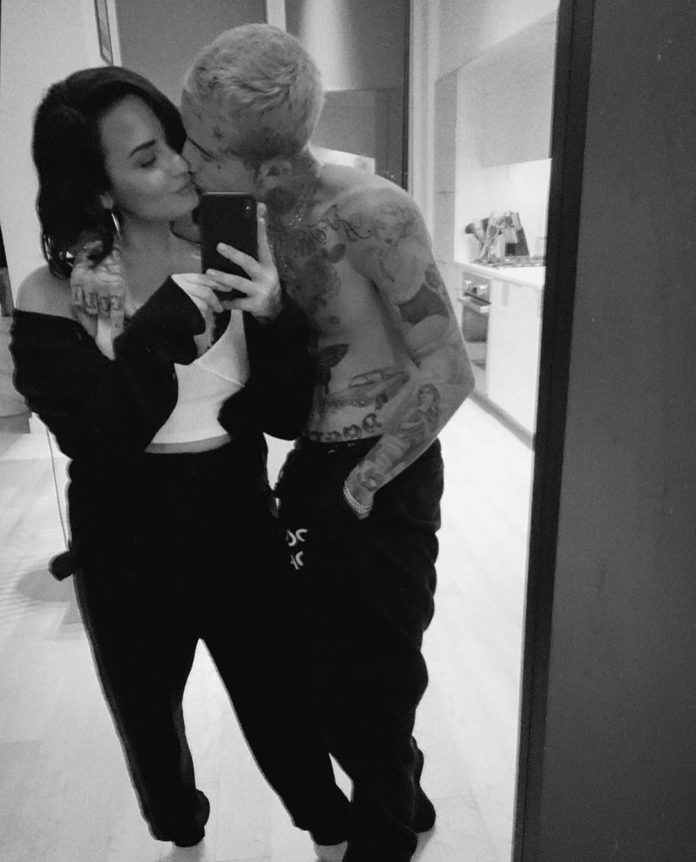 American singer and song writer Demi Lovato, after many speculations has made her relationship official. The actress shared an adorable selfie with boyfriend Austin Wilson and declared her love in open. In the Instagram post, the actress called Wilson her heart. For those who do not know anything about Austin, he is a model from outside Los Angeles and it is still not clear as to how the two met each other.

Wilson also shared a picture of himself on his Instagram post and also declared that Lovato is his love. Reports say that the two were common friends of model Thomas Trussel III, who recently passed away. The picture that was shared by Demi has shown Austin planting a kiss on the actress. The image that is posted surely looks like the couple is deeply in love with each other. The fans of the singer have also expressed their happiness that Demi has found love.

The actress was recently in news when she had posted a picture of herself in a bikini and was not edited. The Really Don’t care singer had a reason behind her unedited post stating that women need to accept for who they are and need to feel confident about themselves. Meanwhile, the fans of Demi came out in support for her as she made attempts to bring positive changes around.

The actress was earlier in a relationship with Joe Jonas between 2008 and 2010 but then they turned friends. Demi Lovato was then in a relationship with Wilmer Valderrema but it ended in 2016. In the same year, the singer started dating Luke Rockhold, who is a mixed martial artist, but their relationship hardly lasted for a year and split in 2017. She had also dated MMA fighter Guilherme Vasconcelos till May 2017. Since then the actress has not been in any relationships.