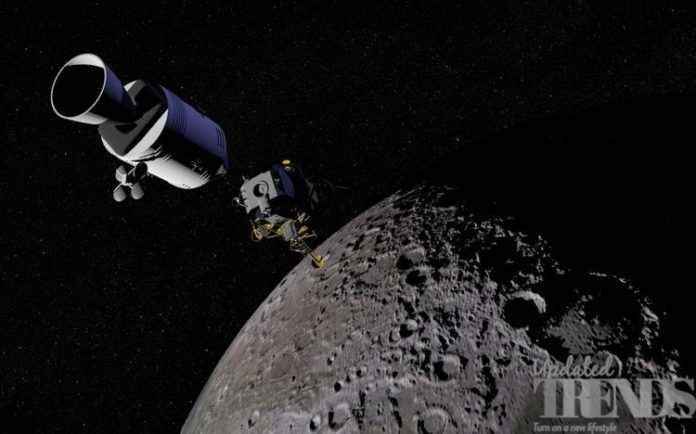 Indian scientists attempted to land on the moon but failed as the Moon lander crashed on the surface. The Vikram Lander of Chandrayan 2 has been missing since a month now and even NASA is not able to find any trace of it. Reports say that the Vikram Lander disappeared somewhere at the lunar south pole which has not yet been explored. Indian scientists lost contact with the spacecraft as it tried a soft landing on the south Pole of Moon. This was the first time the Indian Space Research Organization (ISRO) had tried its hand to launch a probe on the Moon.

The NASA has its Lunar Reconnaissance Orbiter (LRO) , which has been trying hard to look for the Indian space craft which is lost, but so far has not been able to do so. The orbiter has compared images before and after the crash of the Indian lander, but has said that there have been no traces of the Vikram Lander so far. John Keller a key scientist at the LRO mission said that there are possibilities that the Vikram could be located in a shadow or outside of the actual search area.

Keller added that it is due to the low altitude , the region does have a few shadows. It is also possible that the experts might be looking at the wrong direction. On the other hand the ISRO said that it did see an image of the lander with the help of thermal imaging a day after it was crashed. The trick is that the south pole of the moon has 14 Earth days of lunar night, when the temperatures can do down to minus 180 degrees which could prove to be fatal for the equipment to survive.

If the landing of the spacecraft was successful, then India could have marked the first time to touch the moon surface and would have also become the fourth nation to land after the countries China, Russia and US.