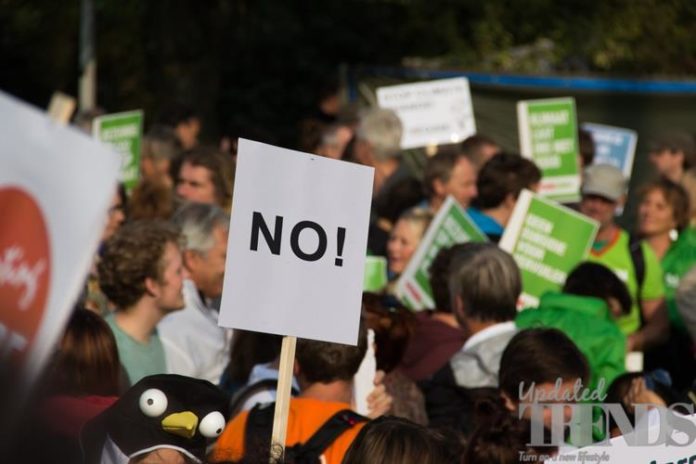 The administration of Hong Kong is all set to ban face masks at public demonstrations as part of emergency powers. The decision was announced on October 4, 2019 due to the reason that sometimes violent democracy protests continue in the semiautonomous territory. Beijing –backed leader Carrie Lam talked at a press conference and said that the ban on face masks, would come in to effect at midnight local time. The face masks are often worn by the protestors in order to hide their identities.

Lam while talking to the protestors said, “We’ve seen that almost all protesters who carried out vandalism and violence covered their face. We believe the prohibition on face covering regulation will be an effective deterrent to radical behavior and it will also help the police in enforcing the law”. The Hong Kong information services in a statement said that in case of conviction, the demonstrators can face a maximum fine of some 25,000 Hong Kong dollars and one year imprisonment.

The statement added that if the protestor refuses to comply with the police to remove the face covering, a demonstrator can face a fine of up to 10,000 Hong Kong dollars. Some of the exemptions for the rule will include pre-existing medical or health reasons, religious or professional reasons.

Before the new rule was applied, protests against it began across the Asian financial hub with hundreds of office workers wearing masks gathering to march. Protestors in the Central district of Hong Kong pulled down the banner of celebrating the 70th anniversary of the People’s Republic of China from a bridge and set it on fire on the sound of cheers from onlookers. Some demonstrators also chanted “rebel Hong Kong people” and “masking is not guilty, unreasonable legislation.” Even secondary school students wearing school uniforms could be seen among the protestors. Lam added that she was concerned about the number of students involved in the recent demonstrations.