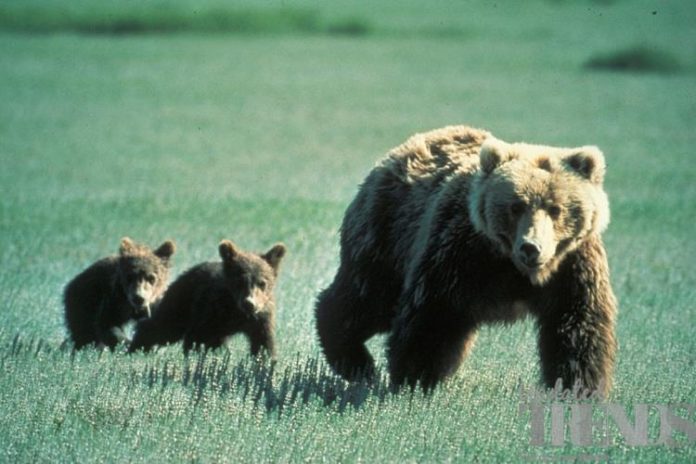 Animal photographer, Rolf Hicker brought to notice a few photographs that give an idea of the effects of climate change on the wildlife. Hicker managed to capture a few pictures of a grizzly bears family that included a mother with two cubs at the banks of Knight Inlet in Canada. The images were disturbing, as the bear family was seen week and starving for food.  The pictures clicked by Hicker soon went viral and sent concern waves among people  who noticed how the animals were in need for food.

The photographer expressed his concerns through a social media post and expressed that the sight of the hungry bears, broke his heart. Hicker further expressed that he has been following the bear family since a few weeks and has no idea on how the mother bear would survive the upcoming winter season without the availability of Salmon.  The grizzly bear community has been finding it tough to find food for survival. Since the grizzly bears in the region prey on salmon, the food source has been on an all-time low.  Environmental reports have said that the salmon fish in the region has relatively reduced which has affected the survival of the bears.

Many experts have said that it is due to the sudden change in the weather that has led to the salmon fish crisis. Even the Oceans Canada and Fisheries have also noted that the environmental situation has been comparatively warmer  and has affected the stages of Salmon returning this year. In September, 2019 it was noticed that the increase in the temperature had caused a heatwave in Alaska, that claimed lives of plenty of salmon in the region due to heat.

Some of the experts have also blamed the open-net fishing process, which has been looked down being the reason for spreading diseases and also pollutes water. Due to the decrease in salmon, bears are forced to change their habitat.