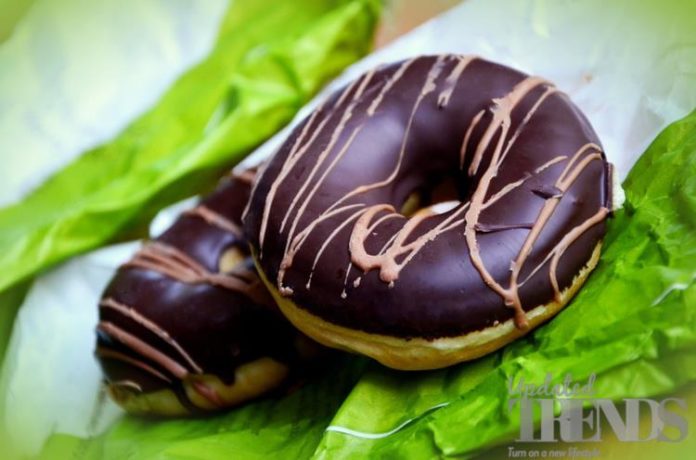 KFC has introduced something for those who love doughnuts. And if you are in the US then KFC has something exciting in store for the doughnut lovers. While many people might be counting their calories and hitting the gym so they could prepare for the upcoming swimsuit season, but KFC has different plans and is making a burger that could sure hit 44 million calories. It is the Fried Chicken Donut Burger that many might drool for.

The fast food giant has started to sell the new item on its menu and is now available at dozens of stores in the US. Fans of KFC can now indulge in the hot glazed doughnuts that are available with pieces of friend chicken on the bone or with chicken fillets. This means that the customers can sandwich the KFC pieces together with some doughnuts to make a burger. People from KFC say that they are looking forward to new menu additions before rolling them out to the stores and regions.

This means that people in Australia shore might have to wait and see of the doughnut KFC burger would hit that region anytime soon. While talking about the feedback, there has been a mixed reaction on social media. One of the KFC lover expressed that the donut has an ability to give a hart attack while the other asked if the fast food giant would be beating their medical expenses after eating this

Most of the foodies liked the idea around donuts and accepted with an open heart and another said that, it is indeed a great invention. Since the fast food market has picked up a lot of competition, each company is trying its best by introducing different items on their menu, to keep the interest of the consumers maintained. Other fast food giants have also been constantly testing different palettes at reasonable prices. Lately the vegan option has become popular in many fast food joints.