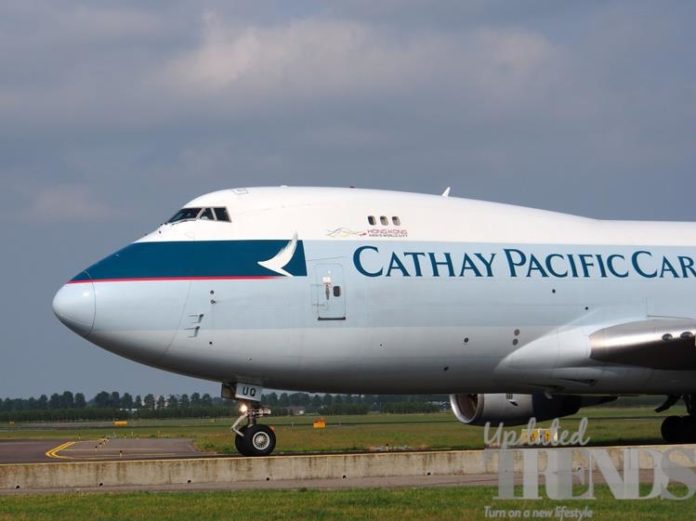 Hong Kong’s flag carrier Cathay Pacific has launched an investigation after oxygen cylinders on two of its planes were found to be discharged and were possibly tempered with. 13 of the canisters were discharged or partially discharged and were discovered on August 17 and 18, 2019. Out of the 22 bottles that were carried on each plane, five were affected on one aircraft and eight on the other.

The oxygen bottles were usually used by the crew to move around in the cabin during a rare event of an emergency depressurization. Two of the affected planes were plying on the same route and the problems were discovered while inspections when they had arrived in Toronto. The flight that was in question was CX826 from Hong Kong International Airport and the incident took place on two of the Boeing 777-300ER aircraft identified as B-KPY and B-KQB.

The airline in a statement said, “Cathay Pacific confirms that a number of portable oxygen bottles stored on board two of its aircraft were found to be discharged or partially discharged while the aircraft were on the ground prior to departure in Toronto. Cathay Pacific is taking the issue very seriously and has launched an internal investigation into the matter.” Cathay Pacific said that it had discovered the issue before the departure during the routine pre-flight inspections. The airline also stressed that at no point the safety was compromised.

Cathay Pacific also assured that the oxygen bottles were immediately refilled and were checked by the engineers before the flights to Hong Kong. One of the aircraft engineers, on the condition of anonymity said that the portable bottles are typically placed throughout the plane and can be found closest to bulkheads or closets. The engineer added that anyone can find the bottle if they look hard as there are placards stating what is inside. It was also added that anyone can also purposely deplete them and the attendants know how to use them.