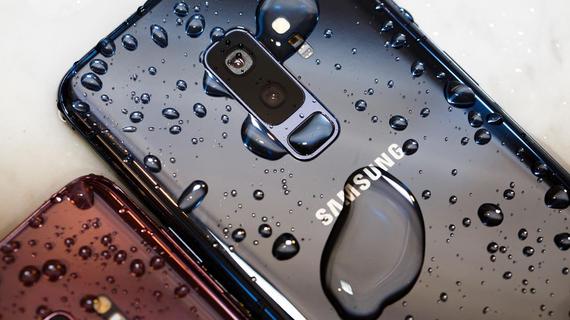 South Korean giant Samsung seems to be in some trouble due to its IP ratings that do not hold up to the expectations especially at the beach. The company, in many generations of its Galaxy S flagships, offers IP68 dust and water resistance. The IP68 is the industry standards and everyone from Huawei and Apple offer the same level of protection on their respective smartphones.

According to the IP68 rating, it allows the devices to be submerged in water up to 1.5 meters for 30 minutes as Samsung has stated. But most of the manufacturers do not mention that such claims are usually for fresh water and do not really hold up near a beach or even at the swimming pool. However, this has not prevented the brands from advertising the phones near a pool or at the ocean and Samsung has now got in some trouble.

Samsung is now being sued by the Australian Competition and Consumer Commission also known as ACCC for misleading Galaxy owners over water resistance claims. It has alleged that Samsung advertises falsely and misleadingly represents the Galaxy phones that would be suitable for use in all types of water including ocean water and swimming pools and would not be affected by such an exposure to water for the life of the phone, when this was not the case. In such a case Samsung denied the consumers an informed choice and gave Samsung an unfair competitive advantage.

Samsung has mentioned that the IP68 rating is for submersion in fresh water by the ACCC is taking the issue with the fact that the brand misled the customers about the capabilities of its products by advertising the Galaxy devices at beaches and pools. Moreover, devices with water damage are not covered under warranty and routine immersion in water will break any device. Just because the device is advertised as water resistant it is not immune to all liquids.