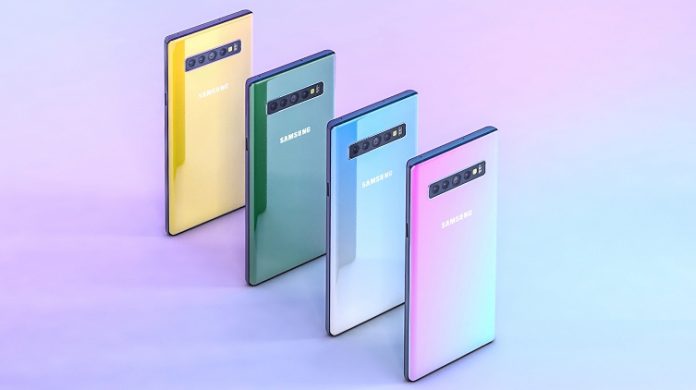 South Korean giant Samsung has officially announced the launch event for its next flagship smartphone. The event has been named as the Galaxy Unpacked and will take place on August 7, 2019 at 4PM ET, when the company will be unveiling the Galaxy Note 10. Invitations have been sent out to the press on July 2, 2019 for the Galaxy Unpacked event.

The invitation has left no doubt as to the star of the show, which is expected to be the Galaxy Note’s trademark S-Pen points straight at a camera lens. So far, many leaks online have tried to show how the Galaxy Note 10 might look like. Even a set of super-blurry pictures of the Note 10 have popped up that matches up with the possibilities. The pictures have shown a rectangular body with curved displays. The front camera of Samsung still lies in a hole punch, but this time it is centered along the top edge instead of being tucked away in the corner.

Moreover, it also seems like Samsung has given up on the dual front cameras that were on the Galaxy S10+ and instead opted for a single front camera. While talking about the plus models, the Galaxy Note 10 is expected to come in two sizes. The blur pictures that had leaked earlier had shown a larger version as the Note 10+, but there are reports that it is referred to as the Note 10 Pro.

Reports say that the smaller version has a 6.3 inch display and the plus version has a 6.75 inch display with an extra rear time of flight camera. This will be the first time Samsung will be ditching the headphone jacks with both the phones. More details of the devices are expected to be unveiled at the event to be held on August 7, 2019. It will be interesting to see the response of the new devices in the already saturated market.