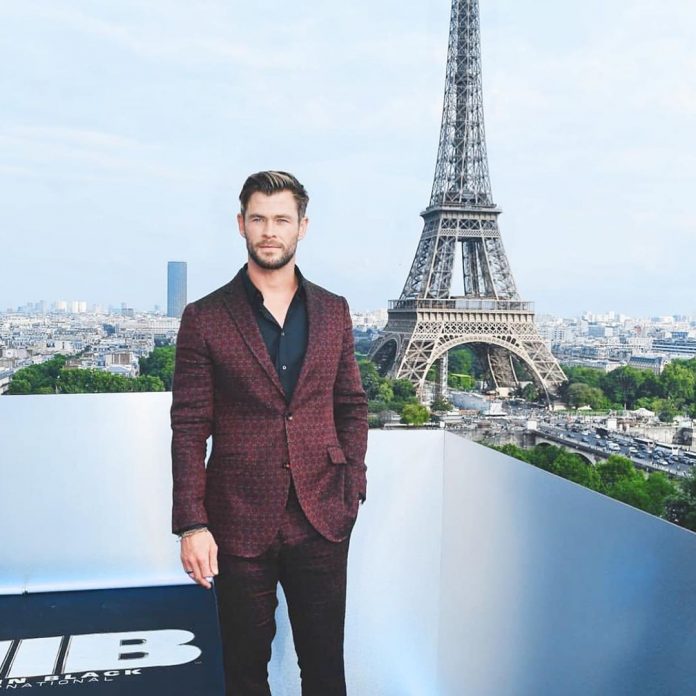 Australian actor Chris Hemsworth is all set to drop another blockbuster flick in 2019 with Men In Black: International. But after the release of the film, the actor has said that he is planning to take a break from acting and wants to be with his family. Hemsworth talked about his plans while talking to a leading daily.

The Thor star said, “This year I probably won’t shoot anything. I just want to be at home now with my kids. I have this year where I’m probably not going to shoot anything. I have a press tour, a few endorsements and bits and pieces, but mostly just be home. They are at a very important age. They are still young and they are aware when I leave more than before.” The new plans revealed by Hemsworth has popped up a question of how or when would he play Thor again and the actor has earlier said that he is enthusiastic to do especially in James Gunn’s Guardian’s of the Galaxy Vol 3.

It is still not clear of when the film will shoot with Gunn himself is preparing to direct The Suicide Squad for Warner Bros which is scheduled to be released on August 6, 2021. Apart from Chris’s plans with Thor, the actor has a few movies lined up. Hemsworth recently completed filming on Kevin Smith’s Jay and Silent Bob Reboot and the upcoming Joe Russo-penned military film Dhaka.

Chris Hemsworth has also signed on the dotted lines to play Hulk Hogan in a biopic directed by Todd Phillips. The actor was last seen in the Avengers: Endgame and started off in Hollywood with the film Star Trek. Before getting in to films he started his career by appearing in many television series. He was also a contestant on the fifth season of Dancing With The Stars Australia and had partnered with the professional dancer Abbey Ross.