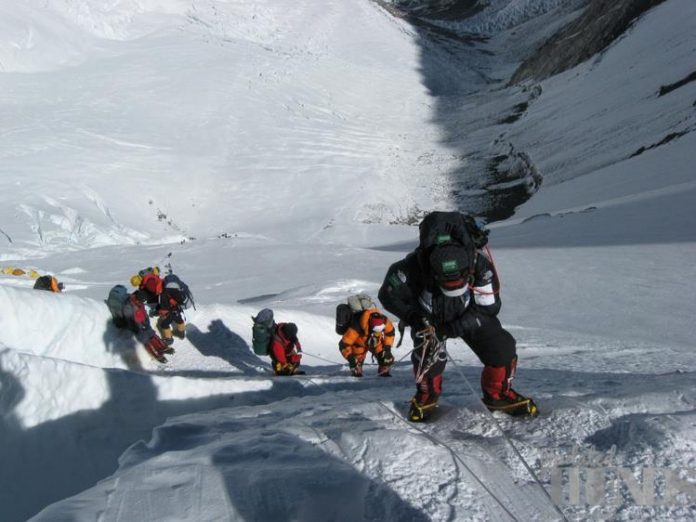 A climber from Colorado passed away shortly after getting to the top of Mount Everest and achieving the dream of reaching the highest peaks on each of the seven continents. The news was conveyed by his brother on May 27, 2019. 62 year old Christopher Kulish died on May 27, 2019 at a camp below the summit when he was descending. Brother Mark Kulish said the actual cause of death is still not known.

Mark further informed that Christopher had just reached the top of Everest with a small group after crowds of hundreds of climbers had congested the 8,850 meter peak last week. A statement from Mark Kulish said, “He saw his last sunrise from the highest peak on Earth. At that instant, he became a member of the ‘7 Summit Club,’ having scaled the highest peak on each continent”.

Mark called his brother as an attorney in his day job and was also “an inveterate climber of peaks in Colorado, the West and the world over.” He added that he passed away doing what he loved after returning to the next camp below the peak. Reports say that about a dozen of climbers passed away on Mount Everest last week and included Don Cash of Utah, who also managed to fulfill his dream of climbing the highest mountains on each continent.

Many of them died while descending from the summit during a few time of good weather every May. Most of the people who passed away suffered from altitude sickness and was caused by low amounts of oxygen at high elevation and can cause headache, shortness of breath, mental confusion and vomiting. 41 teams with a total of 378 climbers are permitted to scale the Everest during the Spring climbing season. Equal number of Nepalese guides help them to reach the summit. Christopher is survived by his mother Betty Kulish and sister Claudia.