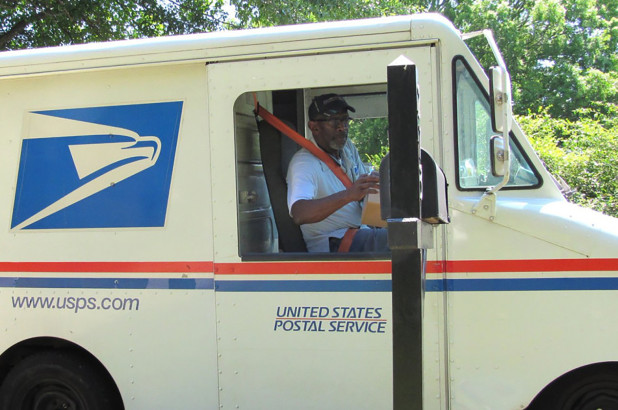 Floyd Martin, a humble mailman from Georgia received the best surprise of his life when he retired from his service. The mailman became a viral sensation on the internet recently when an article on Twitter described about his service. Twitter was all discussions about his last day on the job as a mail carrier and had also caught national attention. Martin had worked the same route in downtown Marietta for two decades.

From the entire story one thing was clear that Floyd was adored by all the people along his route. Many of the residents had decorated their mailboxes for the last day of Martin thus week and came together to throw him a potluck block party. His story and that of his friends on his route went viral when a reporter with the Atlanta Journal-Constitution had Tweeted about it.

Martin had in an interview expressed that he wanted to visit Hawaii one day during his retirement. After he expressed his wish, neighbors on his route started a GoFundMe fundraiser to help him realise his dream. This was when Delta Airlines caught the mail man’s attention and the effort by the community and decided to help the dream come true.

The Delta airlines in a Tweet wrote, “A trip to Hawaii is the perfect way to celebrate a wonderful career. We’d love to take care of Mr. Martin’s flight”. Martin was the favourite of all on his route including kids, pets and elderly. His spirit was appreciated by everyone he met on his way.