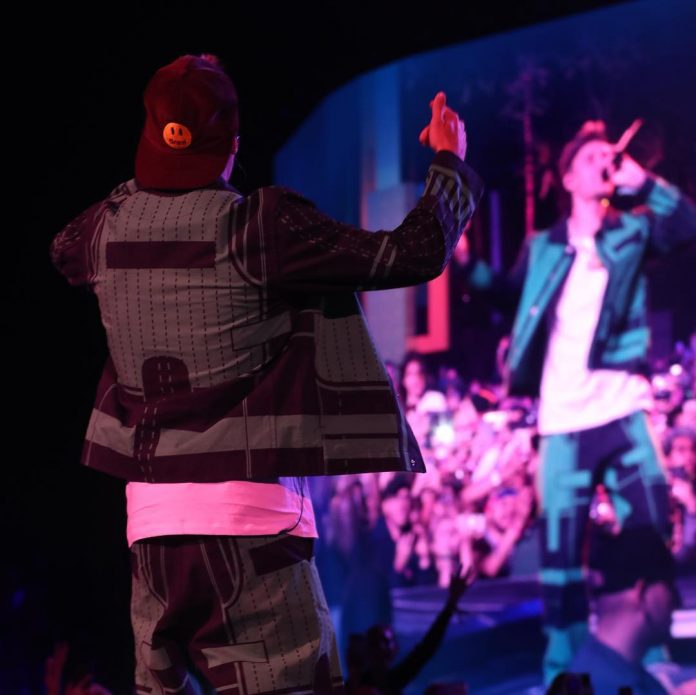 Canadian singer and song writer Justin Bieber surprised his fans when he made a surprise appearance at Ariana Grande’s set at Coachella. During his appearance, the singer teased his 5th album which will be out very soon. Justin has been away from the music scenario since a white and it was four years back when he released his fourth album Purpose.

With some of the hits like Sorry and What Do You Mean, Justin made a mark and also proved that he is surely the king of pop. But it has been four years now that the fans of Justin are waiting for his fifth album. The singer might have been a part of many collaborations like Despacito remix and No Brainer, but the fans are looking forward to the solo Justin and are waiting to hear some new music. The Coachella fans were surprised with his appearance at the Ariana Grande set and the duo set the stage on fire with the track Sorry.

Ariana has earlier brought N’Sync and Nicki Minaj on stage. Justin stole the show as he took the stage, but the moment of surprise came when he announced about his new album. Bieber announced, “I wore this fly outfit not knowing that I was going to be on stage. This is my first time on stage in like two years. So I had to get my groove back. I had to get my swag back. Thank you so much and by the way, album coming soon”. The fans of the star cannot wait for Bieber to come up with a new album.

On the personal front, Bieber is enjoying his married space with wife Hailey Baldwin. The couple dated for a brief time between December 2015 and January 2016 but went soon broke up. They reconciled in 2018 and obtained a marriage license in September 2018. Justin Bieber announced on November 23, 2018 that he was married to Hailey.