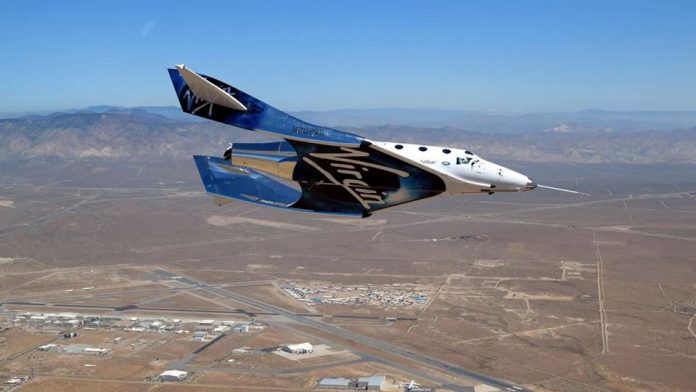 Beth Moses has become the first passenger on board the space plane VSS Moses. The superplane Virgin Galactic reached the edge of the space with a passenger on board for the first time. The flight had three people on board including astronaut trainer Beth Moses , who is the chief instructor at Virgin Galactic. She has also become the Richard Branson-owned company’s first female flyer.

Branson had previously said that he hopes to fly himself on the VSS Unity this summer. Moses is an expert micro-gravity researcher who is in-charge of evaluating the passenger cabin and had floated free to test elements of the interior. The Virgin Galactic is now making attempts to make commercial operations that will take the passengers on the supersonic thrill rides to the lower reaches of the space so that people could also experience a few minutes of weightlessness and could take a view of the Earth below.

The company is looking forward to operate a fleet of spaceships out of Spaceport America in the high desert of southern New Mexico. The recent flight was delayed for two days due to winds but the company founder Richard Branson said that he missed it due to another commitment. The founder tweeted and said that he missed the flight as he had to attend a concert in Colombia to raise money for humanitarian aid for the crisis stricken Venezuela. Branson wrote, “Sad to miss spaceflight but looking forward to the concert”. The main goal of Friday’s flight was to evaluate its handling during descent with its twin tails rotated upward relative to the fuselage.