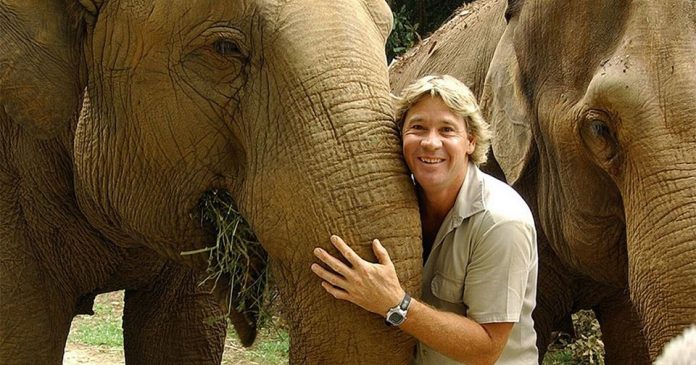 Search engine giant Google paid tribute to Steve Irvin, the late crocodile hunter on his 57th birthday on February 22, 2019. The Doodle on Google was presented in a form of a slideshow that had moments of Irwin and his legacy with wildlife shown in pictures. The slides had shown his career’s adventures while he explored the outdoors with his wife and two children. Irwin started off early at the age of 9 and was an expert in tackling crocodiles and had also volunteered with Queensland’s East Coast Crocodile Management Program. He had helped to relocate the largest of the living reptiles, the endangered saltwater crocodiles.

The Australia based zoo keeper had grown up around reptiles in the Queensland Reptile and Fauna Park that was built by his parents Lyn and Bob Irwin. It was often said that he had inherited his love for reptiles from his parents. Steve was just 6 years old when his parents had gifted him a 11 ft python which he had later named as Fred. During the 70s, Irwin moved to Sunshine Coast in Queensland and opened Beerwah Reptile Park. Steve was also a TV personality and had hosted the popular show The Crocodile Hunter.

The show was watched by nearly 500 million people and his wife Terri and kids Bindi and Robert would make frequent appearances on the show. The family had dedicated their life toward conservation efforts. Terri in a blog post, talked about the Google tribute and wrote, “Today’s Google Doodle acknowledges the life and achievements of my husband Steve Irwin, whose efforts to protect wildlife and wild places have been recognized as the most extensive of any conservationist.”

Steve lost his life when he was stung by a stingray in 2006 while making a documentary film with the title Ocean’s Deadliest. With that his zest for exploration and adventure came to an end.