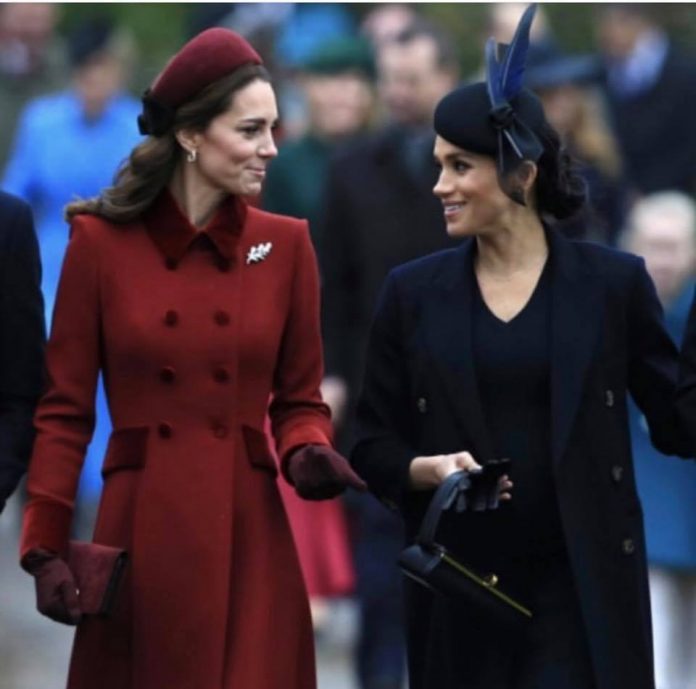 Talks about rift in the Royal family have once again been fueled after the Duchess of Sussex Meghan Markle did not show up at the 37th birthday party of Kate Middleton. Reports say that Meghan was not invited to be a part of the party as the Duchess of Cambridge turned 37 on January 9, 2019. Kate had celebrated her birthday over lunch with some of her closest friends and family members.

The lunch was held at the Anmer Hall, which is William and Kate’s Norfolk country home near Sandringham that was a wedding gift from the queen. Reports added that the party was not attended by Prince Harry or Meghan Markle. In the past some of the royal observers had said that Kate had lacked female friends but some of her closest friends had attended her birthday lunch. Kate’s friends who were a part of the party included her friends from college. One of the attendees included Emilia Jardine-Paterson, who is Prince George’s godmother.

The interior designer had also helped the couple redecorate Anmer Hall and Kensington Palace. The attendees of the birthday bash also included Emilia’s husband David , Laura and James Meade, Prince Charlotte’s godparents and Sophie Carter and husband Robert. Prince Harry and Meghan Markle were noticeably absent and fueled the speculation that the two women were not in talking terms. A British TV commentator a week back had suggested that Kate was left disheartened by Meghan.

Journalist Carole Malone said, “Kate is the quintessential English rose. She went to private schools, she was never a feminist in the way Meghan is; she was never outspoken. Meghan on the other hand is a driven girl. She came from a totally different kind of family.” On the other hand in the public eye, the two women look like the best of friends and were last seen all smiles together at the Christmas Day Service.