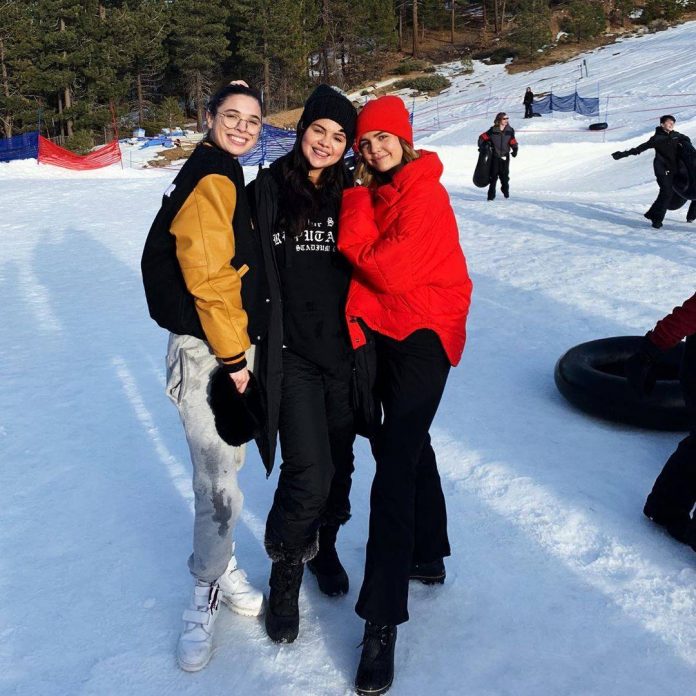 American singer and actress Selena Gomez was recently in news when she had to be sent to a rehabilitation centre when she had suffered a breakdown. Now that some time has gone by, it seems like the singer is on her way to recovery. A few pictures which have been posted online has shown Selena having some fun time with her friends. The singer is tagged in a few pictures posted by her friends.

Selena can be seen smiling and having fun as she looks happy. The pictures are the first ones since she went to a mental health facility to get herself treated for an emotional breakdown. Some of the close friends of the singer have informed that Selena is healthy and is happy to be home. Selena in the pictures can be seen having a fun day snow tubing in Big Bear California. The singer can be seen in an all-black ensemble.

The girls in the picture can be seen striking a pose together. Selena was undergoing treatment in New York City. The close friends added that the singer is in a much better space and feels refreshed and with a better head space. Selena had entered the mental health facility to deal with anxiety and depression in October, 2018. The singer had earlier struggled from the disease Lupus that had caused her to need a kidney transplant in 2017.

A source had then said that Selena is trying hard to remain focused and is not letting her health affect her. But a trip to the hospital in September 2018 had appeared to be a source of much stress for the singer. Reports had said that Selena had started to feel super overwhelmed after hospitalization. A week after entering the mental health facility, a source said that she was already feeling better than she did last week. Selena Gomez during her treatment had used the dialectical behavior therapy which is a type of cognitive-behavioral psychotherapy.