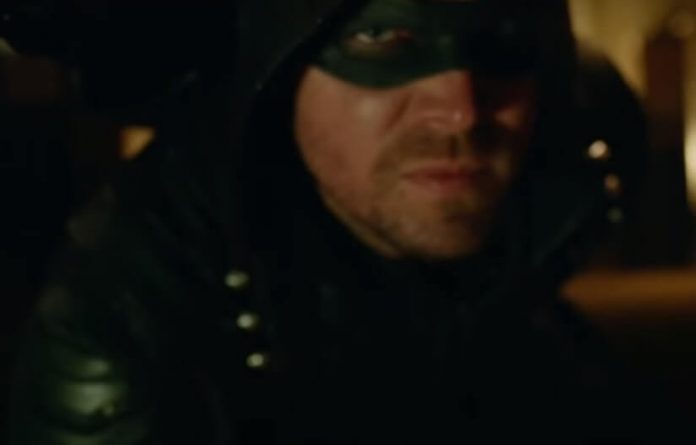 Fans of Oliver Queen or the Green Arrow will be in for two new baddies and a whole new Oliver as the season six of the show will unveil itself tonight. While it is clear that Oliver (Stephen Amell) has a lot of guilt-ridden conscience because of the dark side that he possesses as the vigilante who also admittedly, “likes to kill” and “punish people” for their wrongdoings, this season will reportedly focus on if Arrow can finally be happy, now that he embraces fatherhood with son William and much time has passed since he had to face the deaths of his loved ones and even blamed himself for many of those deaths.

An entertainment website, SYFY Wire quotes the executive producer of the show, Marc Guggenheim as saying, “So the goal coming into Season 6 is to really write Oliver from a different perspective. He’s made peace with his demons, is moving forward not just with a sense of being free from the bonds of the past, but also with the benefit of knowledge and maturity.”

However, the show that concluded last season with a massive explosion on the Lian Yu island (where Oliver had spent five years of his life) led by Prometheus aka Adrian Chase (Josh Segarra) further leading into a suspense where it is unknown if Oliver’s friends and team members have survived the blast or not, is to be unraveled in tonight’s episode.

The new season promises to bring back badass Slade Wilson aka Deathstroke and Laurel Lance from Earth 2. Moreover, Wednesday, October 11, 2017’s episode of The Flash Season 4 has unveiled some more mysteries from the Arrow when Barry Allen aka Flash’s best friend in the show, Cisco says that he had consulted with Felicity Smoak and Curtis Holt when planning to bring back Barry from the Speed Force (Oliver’s close friends and team members who were there during the cliffhanger explosion in Arrow), giving away that these two characters from the show might also be alive. As Arrow, Supergirl, The Flash and DC’s Legends of Tomorrow all run parallel to each other with crossovers in between, it can be understood as obvious that Cisco refers to a time after the explosion.

However, if Oliver and Felicity who came back together in the show in Season Five finale will be a thing this season too or the fact that Oliver is single-handedly raising William will hint at his love life without Felicity is yet to be seen. Also, Slade’s camaraderie with Oliver is an interesting feat in the show this season.

The vigilante, Green Arrow, going by the teaser, will not probably remain masked for long, moreover. Slade Wilson’s son, Joe will also get a good screen time and the show will have its dark moments alright with reportedly one character from the show dying in the explosion.

Arrow returns with its sixth season and the show comes full circle from where it started with Oliver tonight, October 12, 2017 at 9 p.m. on the CW.

Till then, here’s the trailer  of the Season 6 of Arrow: