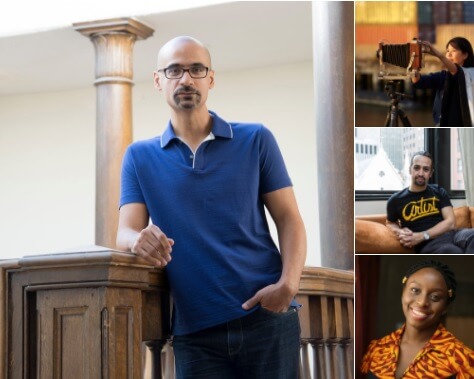 MacArthur Fellowship is known to honor some extraordinarily creative geniuses of the time with a grant amount of 6,25,000 dollars that is awarded over a span of five years. This time the foundation has chosen 24 creative geniuses for 2017 to be awarded with the fellowship and has announced the winners on October 11, 2017 morning. As the foundation’s website claims, these are the 24 “extraordinarily creative people who inspire us all.”

The Managing Director of the Chicago-based John D. and Catherine T. MacArthur Foundation, Cecilia A. Conrad reportedly said, “We hope that when people read about the fellows, it makes them think about how they might be more creative in their own lives,” adding, “It does something for the human spirit.”

From writers like Jesmyn Ward, 40, founder and artistic opera director of a production company in Los Angeles, Yuval Sharon to a 44-year-old theater artist, Taylor Mac to playwright Annie Baker and a scholar and a Pulitzer Prize winner and for his first novel, Viet Thanh Nguyen among others.

Better known as the “genius” grant, the list of the fellowship winners now reportedly includes photographers, painters, computer scientists, mathematicians, immunologists, writers, novelists, architects, social activists, musicians and historians too, all for a grant money that they can use anyway they want to.

While the youngest fellow to receive the award is Cristina Jiménez Moreta at 33 who is the Executive Director & Co-founder of United We Dream, the biggest immigrant organization in US led by youths; Dawoud Bey is the oldest at 63 and is a photographer and educator in Chicago with The Birmingham Project as one of his well-known works, reports the New York Times.

Anonymous nominators from across the country from different walks of life give these names to the foundation that has been awarding grants since 1978 and a team selects the final winners who were amazed to learn about their victory as the leading daily reports. Among the winners there is also a 41-year-old Nikole Hannah Jones who is a writer for the New York Times Magazine, Trevor Paglen who is a geographer and Jason De Léon who is an anthropologist at the University of Michigan and reportedly uses oral history, forensic science and archaeological research to find out more on clandestine migration across United States – Mexico border.

While mostly the winners intend on spending the valuable resource offered to them by the foundation on developing and evolving their present occupation, there are others like Léon who reportedly wants to pay off his student loan and claimed eventually how the grant amount can “facilitate the work” and “push it in new directions”: “It’s really exciting to think about all these projects that me and many of my collaborators have been workshopping for years now. We’re going to have resources to do these things.”