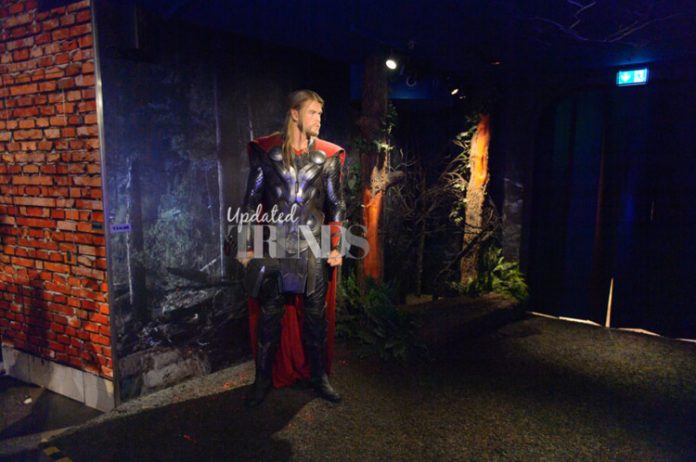 A major spoiler alert for those who are eagerly awaiting the release of Thor: Ragnarok – it will initiate a Hulk trilogy! After The Incredible Hulk, fans of Marvel films and comic books have often wondered if the green monster would ever get a major screen space or a solo movie. While some contractual rights are reportedly the reason why Marvel films cannot feature a Hulk-only movie,  actor Mark Ruffalo’s movie interview with Cinema Blend has revealed that apart from having a major portion of screen space on Thor: Ragnarok, he will be seen more now as Hulk in Avengers 3 and 4, thus marking a trilogy starting with the upcoming Marvel film on Thor.

He was quoted by the popular entertainment website saying, “So basically, Kevin (Feige) – [the head of Marvel Studios] pulled me aside before this, and said, ‘If you were gonna do a… if we were going to do a standalone Hulk movie, what would it be?’ And I said, ‘I think it should be this, this, this, and this and this, and ends up like this.’ And he’s like, ‘I love that. Why don’t we do that in the next three movies, starting with Thor 3 and then we go into Avengers: Infinity War and Avengers 4.’ And I was like, ‘That sounds great!’ And so we are at the beginning of this arc.”

Ruffalo had also said previously that fans will see Hulk in Thor: Ragnarok in a never-seen before avatar as the champion gladiator on Sakaar planet.

The Hulk’s story, his journey in the Marvel Cinematic Universe will now be featured in the three parts where he shares a significant portion of the movies enough to tell his tale and let Hulk evolve into a separate persona. Ruffalo further talked about the differences in the personalities between Bruce Banner and Hulk that will be featured in the later Marvel films and how Thor: Ragnarok will set the stage for the differences in Bruce Banner and Hulk to come across.

Ruffalo further added on building up of Hulk’s character and his speaking abilities in the film, “Hulk speaking is the start to separating of these two individuals, these identities in this split-identity person, and where that’s going to end up going. So it was really interesting to me. He’s like a baby! He’s like a five year old or six year old. So he has the same syntax, he has the same world view, and so it was fun. It’s like Chris (Hemsworth) – we all got to reinvent our characters in this.”

Another entertainment website, Empire further quoted Ruffalo speaking about Hulk, “He’s also aware of being hated on Earth and feared by the Avengers, he has no interest in going back. He’s enjoying himself! [The Hulk is like] a three-year-old child,” adding, “Yeah, he speaks now. Even though it’s somewhat rudimentary. And he can also exist without always being angry. He’s reborn. And he likes it.”

Meanwhile, Thor: Ragnarok that is a sequel to Thor in 2011 and Thor: The Dark World in 2013 held its premiere event in Los Angeles on Tuesday, October 10, 2017 where Chris Hemsworth’s wife and a prominent Hollywood actress, Elsa Pataky reportedly stole the show with her gorgeous red carpet look.

Ruffalo had also reportedly live-streamed a part of the premiere event on his Instagram feed as he forgot to switch off his Instagram live. Before he could realize the blooper, the audio from the event had already reached masses and turned into a social media frenzy. The Hindu reports that the actor had captured audience’s reaction on his phone but kept it back in his pocket after taking the picture while his Instagram Live was still on.

The movie setting off the Hulk trilogy, Thor: Ragnarok is, meanwhile, set to release on November 3, 2017.