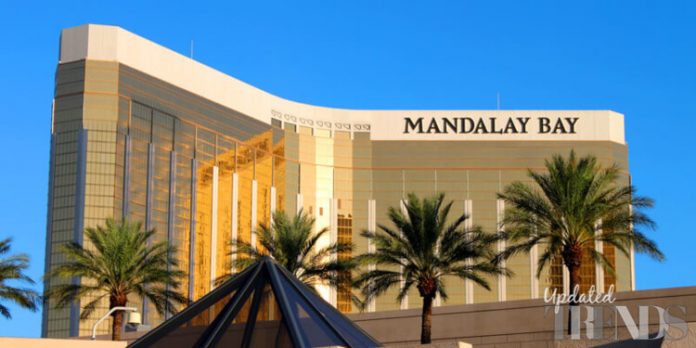 A peaceful and soothing country music festival turned into something horrific and nightmarish when a massive shooting took place close to the Mandalay Bay casino in Las Vegas on October 2, 2017. As and how people flooded in blood fell on the grounds because of the shooting and the inevitable stampede, there was a panic that struck eventually among the crowd of about over 20000 people present at the concert on Monday night.

While some people just lied on the ground to avoid being shot at, there were others who evaded to nearby buildings and tried to take shelter in the vicinity.

However, the attempts could not be successful as about 60 people were reportedly killed in the gunfire and more than 500 injured badly. After the recent explosion in London train, America’s shooting on Monday has been another terror-striking incident that has the world terrified and mourning.

The Met Police in Vegas searched the gunman’s suite and reportedly found about 23 firearms including weapons like rifles, one of them believed to be automatic and a handgun in his armor with an additional 19 firearms, explosives and other ammunition. Ammonium Nitrate used to make explosives was also found in his car, as per CNN reports.

Some of the witnesses of the alarming incident took videos of the mass shooting where continuous gunshot sounds and loud screams and panic-stricken yelling can be heard. At first the gunshots were reportedly mistaken to be fireworks as no one could have understandably imagined a mass killing and shooting at a musical extravaganza. People who were enjoying the night with their friends saw some die right in front of them while they tried running from the horror of death themselves.

The gunman has since been identified as 64-year-old Stephen Paddock who surprisingly did not have any criminal records and reportedly lived a quiet life in Vegas before he suddenly became the mass killer Monday night. Latest reports suggest he committed suicide before the police could catch hold of him. A report on Business Insider claims that the gunman had brought 10 additional suitcases to the hotel room where he was putting up ahead of the maddening bullet-hitting.

ISIS further has claimed, according to New York Times report that Paddock had been serving the Islamic state but there are no evidences to prove the statement or any past connections of the gunman with a terrorist organization that could be discovered by the police department. There has not so far been any understandable motive(s) behind the rapid fire murders of the crowd gathering at the concert.

The Mandalay Bay hotel and each room starting from the 29th to the 32nd floor of the Las Vegas hotel suite from where allegedly the gunman was shooting were reportedly searched by the police, ultimately leading them to his room. In an attempt to escape dying in a police encounter or being caught red-handed, Paddock first reportedly shot one of the security guards and then killed himself. As far as the injured people were concerned, there were so many victims that even ambulances could not fit in all, claims New York Times. The police further is reported to believe that Paddock was “solely responsible for this heinous act”.

This is America – people coming together, helping out. Likely more than 1000 people waiting in line to donate blood pic.twitter.com/RmbMylujPb

Devastated waking up to the news of the shooting in Las Vegas. Praying for the victims and their families and friends. #PRAYERSFORVEGAS

Meanwhile, the Nevada community, some of whom were trying to help the injured victims while hiding from the bullets themselves, gathered on vigils and also donated blood to save the injured people. US President Donald Trump has called the massacre “an act of pure evil”.

In response to the Las Vegas shooting, I encourage ALL Democrats running for office to call for gun confiscation.