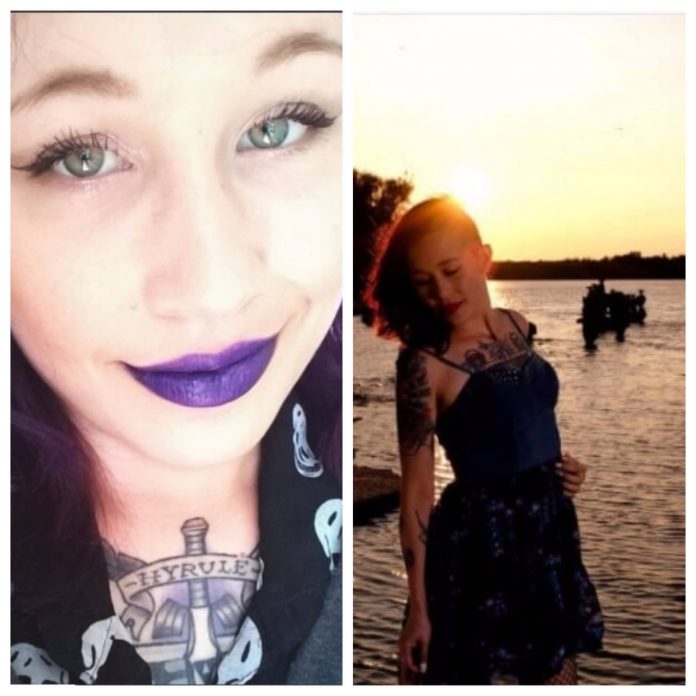 A tattoo horror story can be enough to potentially warn against its harmful effects especially when delicate body parts are inked. A Canadian model shared her disturbing story where the bug of sclera tattoo got hold of her and horribly went wrong to the extent that she is reportedly at the risk of becoming partially blind.

Catt Gallinger who is a model from Ottawa got one of her eyes injected with ink – a phenomenon gaining a lot of attention currently that changes the eye color permanently.

In a series of posts on Facebook, Gallinger has now warned people against the harmful effects of the latest fad of sclera tattooing that has left additional ink dripping from her eye and making it swollen and shut.

“I have been to the hospital three times, I had no furry pets to cause any dander, and I wash my hands every time I do anything with my eye, both before and afterwards. I was on antibiotic drops for the first week and a half and have been on steroid drops for four days now, with little success at bringing down the internal swelling. The external swelling lasted for almost a week,” she said in her Facebook post.

Reports suggest that the model is now considering taking legal action as she reportedly claimed that the tattoo artist had used a wrong needle which caused the damage. She has even posted a video on her Facebook account about her appointments with the eye specialist where she said: “I took my eyesight for granted and trusted someone I shouldn’t have,” she said in a video posted Monday. “And even if this heals, my eyesight is not going to be back.”