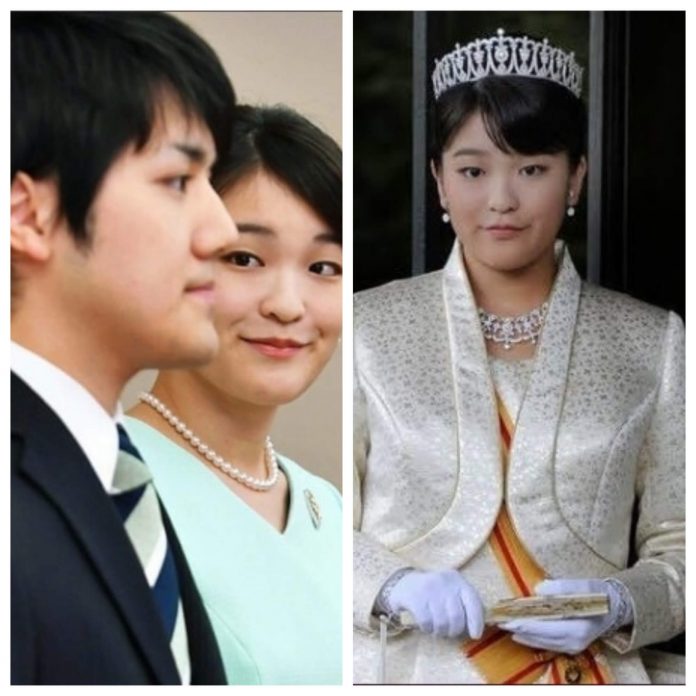 In a surprising fairytale-like turn of events, Princess Mako of Japan, 25, has officially announced her engagement to a commoner, Kei Komuro, an apprentice at a law firm, post an approval from the emperor in a formal ceremony on Sunday, September 3, 2017. This will however, lead her to reportedly relinquish her royal title and all the privileges that come along with it. Going by the reports, a Japanese law states that if a female member of the royal family chooses to marry a commoner, she will lose her place in the royal line; the law, however, does not imply on the imperial male family member.

Princess Mako is Emperor Akihito’s oldest granddaughter and his second son, Prince Akishino’s eldest daughter and her would-be-husband is reportedly a classmate from Tokyo’s International Christian University. Komuro is also a jazz piano aficionado and Mako said at a press interaction that she fell for his “bright smile”, comparing it to the sun.

They first talked at a students’ event five years back that was organized ahead of a study abroad program. Soon after they started dating and were in a long-distance relationship for a year as they both studied overseas, the princess explained while at the interaction event. It was not before December 2013 however, that Komuro proposed to her post dinner. Their official engagement was previously scheduled in July and reports of the engagement plans in the local Japanese dailies started appearing as early as May, but massive rains that flooded the southwestern Japan made the royal family postpone the announcement.

Princess Mako works as a museum researcher and her marriage to Komuro may resuscitate a debate on the controversial patriarchal Japanese law under which women have to forfeit their royalty if they choose to marry out of the royalty. 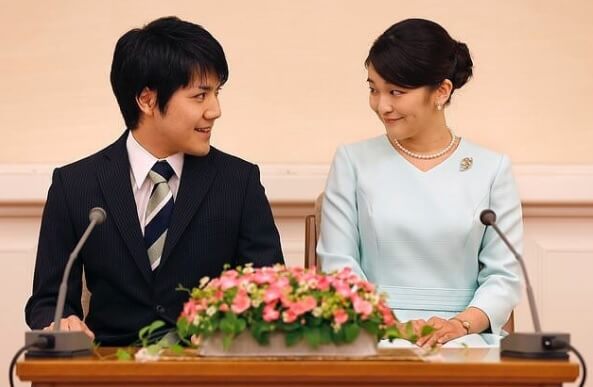 While at the televised press conference, both Komuro and Princess Mako seemed smitten by each other as they were all smiles. The Asian brunette beauty claimed that she was aware since her childhood that she will leave her royal status once she marries, adding that while she has worked with the emperor and fulfilled duties as a royal family member, she has also been cherishing her own life. Komuro too spoke about Mako as someone who watches over him “like the moon.”

A leading website report quoted Mako saying that with the passage of time she learnt that Komuro is “a sincere, strong-minded, hard worker and has a big heart,” whom she “feels happy” to “have a warm and comfortable household with.” She also reportedly confessed to her parents that Komuro is someone she intends to “share her future with.”

Meanwhile, Komuro too promised a “harmonious and relaxed” family post their wedding and was thankful and happy to have been accepted by Mako’s parents, Prince Akishino and Princess Kiko and her grandparents, Emperor Akihito and Empress Michiko, reports the website. Mako and Komuro are also pursuing their higher studies alongside.

While the palace officials stated that the elaborate engagement formalities would follow and their wedding would be scheduled in autumn next year, their marriage would further diminish the already subsiding royal bloodline that is a good 2600-year-old, as not many royal heirs are there to succeed the present generation and rule the Chrysanthemum throne.