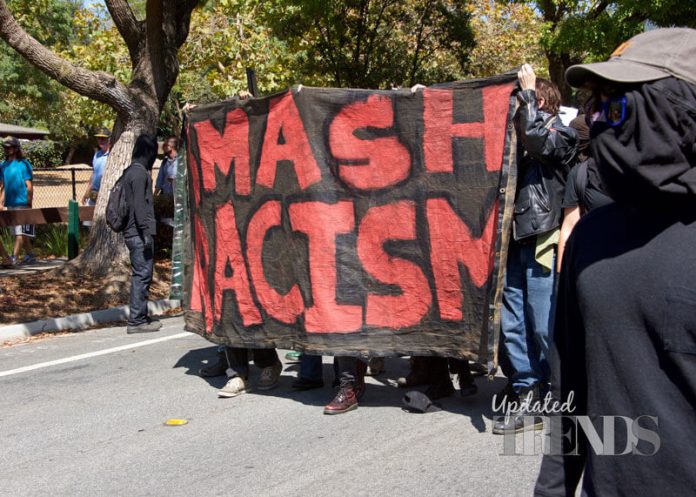 August 27, 2017 saw massive gatherings at Martin Luther King Jr. Civic Park near the Civic Center on Oxford and Addison streets in Berkeley, California where police reportedly estimated about 4000 people to have joined the rally.

These were left and right wing protesters where politically conservative outfits and anarchists both came together to debate and peacefully demonstrate a rally in favor of anti-fascist USA, but it turned into yet another violent clash between the supporters of President Donald Trump and the counter-protesters. 14 people have since been reportedly arrested for carrying out these violent protests using sticks, masks, shields, soda cans and other such instruments that have been banned.

This demonstration happened in quick succession to the Charlottesville protest which too ended up in a woman’s death and several others getting injured when protestors decided to force their cars into the crowd. The videos of the protests have since seen wide circulation over social media, highlighting the city’s already tarnished reputation in carrying out rallies and demonstrations, albeit its significance in being the city that initiated the Free Speech Movement in America.

While numerous Berkeley demonstrators stood in unison displaying placards that read, “Stand Against Hate” and also reportedly shouted “No Trump, no fascist USA”, “No Marxism in America”; the protests soon turned violent as one of the right-wing groups, Patriot Prayer’s leader, Joey Gibson and his supporters who were few in number were attacked. Gibson was faced with a pepper-spray and a chasing bout by some anarchists (also popularly known as antifa who are against white supremacists) who reportedly wore dark clothes and covered their faces with hoods, forcing the conservative party leader to save his life behind the police who had been wearing riot gears.

Where are the police? A masked terrorist army has invaded #Berkeley pic.twitter.com/OIdVSVRmRE

There were also other right-wing protesters who were attacked so violently that they feared loss of life and had to be carried out of the park by the team of police officials there. Trump supporters and organizers of the event could not stand a chance against the anti-fascists in what was supposed to be a peaceful protest. The organizers had previously planned an anti-Marxist rally in San Francisco but dropped the schedule as they feared the protests would turn violent but their fears eventually turned out to be true in Berkeley rally. Some were accused of being or supporting the Nazi propaganda while there were others who were beaten as they wrapped themselves in the American flag. 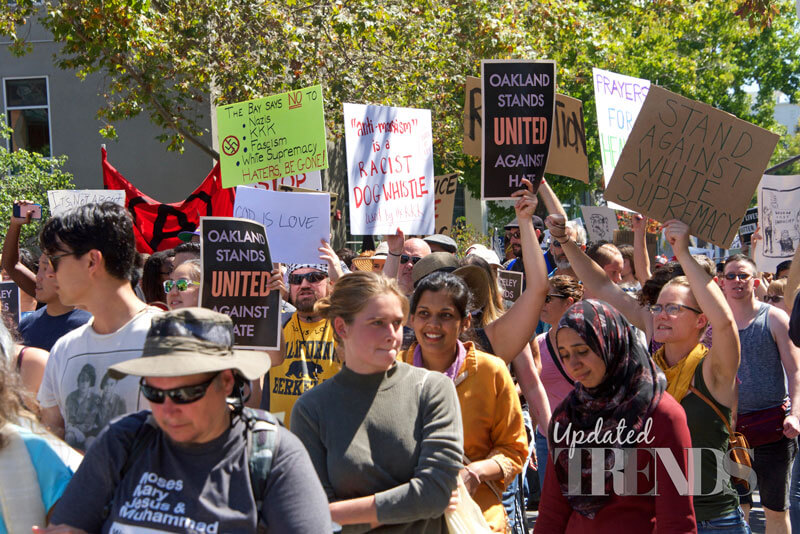 The chaos had risen to an extent where the police found no other option other than using smoke canisters and tear gas so that the crowd can be disseminated and the violence can be neutralized. Some counter-protestors also helped few Trump supporters to be rescued from the violent clashes, shouts and pushes. What was ideally supposed to be a “rally against hate” turned to be one initiating and demonstrating major incidents of hate and bigotry and the officials could not do much either to prevent it from happening.

Police have completely disappeared from #Berkeley. People getting beaten up. Red flags being waved in the air.