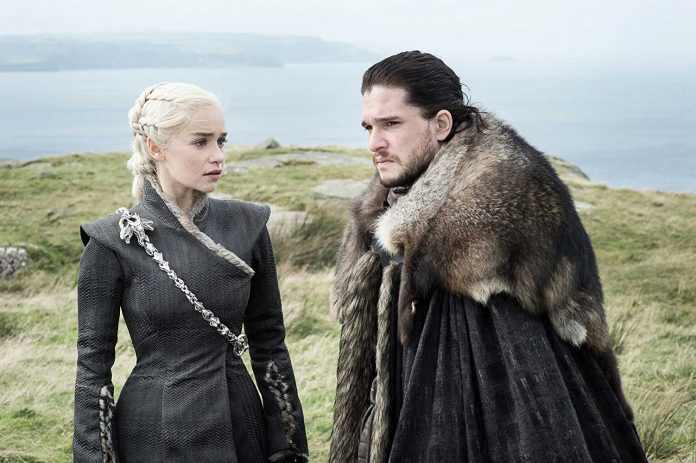 How was Game of Thrones Season 7 Episode 6, huh? Beyond The Wall broke every stretch of imagination and took the showdown at Westeros to a whole new level. True, GoT fans would have already guessed by now that Jon Snow-Daenerys Targaryen are getting hotter this Winter, and also that the Night King is a special kind of villain. Now that we know that all the living are basically doomed, let’s talk about the upcoming episode – the season finale! Plus, we’ve got some hot news about Season 8. Stay tuned.

So, the preview for the last episode of Game of Thrones Season 7 will see a number of our main characters finally meet. They’re all realizing now that there is a more severe battle to be one – a battle for survival against a more sinister enemy. And the preview looks pretty intense. We see Cersei Lannister, the reigning Protector of the Realm, come face to face with Jon Snow in the Targaryen dragon pit. This is only the second time she’s seen the supposed Stark bastard, the first time being when Eddard Stark still had his head on his shoulders.

Now that Jon Snow has bent the knee to the Mother of Dragons, who else should be accompanying him to the pit other than Tyrion Lannister? Yes, the imp will be meeting with his sister and her twin brother, Jaime Lannister. He has killed their father while he was on the commode, and surely Cersei will want to do very bad things to him. Something twisted, for sure.

Grey Worm is alive! He is still leading his army of the Unsullied and they are marching on King’s Landing, with a very worried Jaime Lannister and Bronn looking on. As Jon Snow broods and says, “There’s only one war that matters, and it is here.”

Game of Thrones Season 7 finale will be an epic 81 minutes long, so remember to grab the popcorn and sit with your mates because Winter is Here!

And as for Game of Thrones Season 8, Nikolaj Coster-Waldau, who plays Jaime Lannister on the show, has spilled some much-needed details. Production for the final season will begin in October this year. That’s pushing it forward from the usual Summer shooting that has been going on for the past 7 seasons. There are only 6 episodes that will be airing, and though we don’t know how long each one will be, judging by how long episodes from Season 7 ran, these ones may prove lengthy as well. The cast hasn’t received their scripts yet, but rumours are doing the rounds that the final season may air only in 2019. It’s going to be a long Winter, my Summer Child!