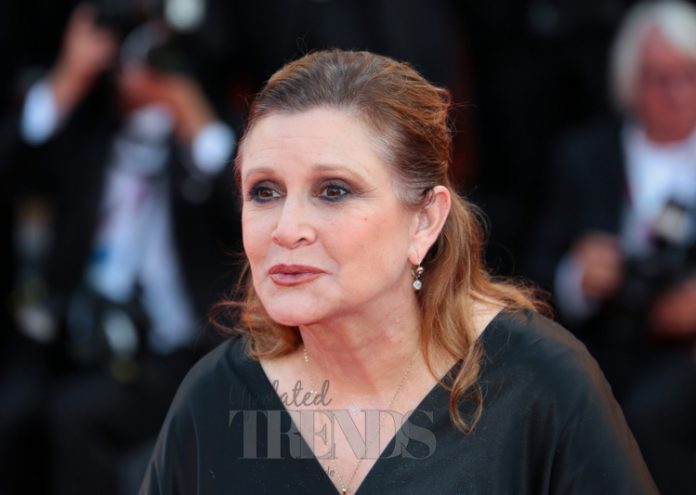 The late Carrie Fisher died tragically last year, forever leaving in the hearts and minds of her fans, her irreplaceable memory. While the world was made aware of her suddenly falling ill on a flight, and ultimately losing her fight, there was another battle that she seemed to be struggling with. A popular tabloid has obtained papers from a Los Angeles Coroner’s Office that states that Fisher had a cocktail of several drugs in her system at the time of her death.

The significant traces of drugs found in her system included cocaine, heroin, methadone, ethanol and MDMA. The report stated: “The exposure to cocaine took place sometime approximately in the last 72 hours of the sample that was obtained.”

Though the late actress exposed herself to drugs just days before her untimely death, it is yet to be determined if the drugs were the cause of her demise. The report further stated: “Based on the available toxicological information, we cannot establish the significance of the multiple substances that were detected in Ms. Fisher’s blood and tissue, with regard to the cause of death.”

However, sleep apnea and heart disease, probably caused by her extensive drug and alcohol abuse throughout her life.

Fisher’s surviving only daughter, Scream Queens star Billie Lourd, 24, took to social media to express her despair on hearing about this vital piece of information that could have been a significant factor in her late mother’s death. She said, “My mom battled drug addiction and mental illness her entire life. She ultimately died of it. She was purposefully open in all of her work about the social stigmas surrounding these diseases.”

“She talked about the shame that torments people and their families confronted by these diseases. I know my mom, she’d want her death to encourage people to be open about their struggles. Seek help, fight for government funding for mental health programs. Shame and those social stigmas are the enemies of progress to solutions and ultimately a cure. Love you, Momby.”

During her lifetime, Carrie Fisher was one of the most iconic stars of her generation. Her biggest role to date was that of Princess Leia in Star Wars and multiple roles in several films and TV series thereafter. She was also an author and a comedienne in her own right. Her personal struggles with drug and alcohol abuse has been chronicled in her larger-than-life memory she left behind.