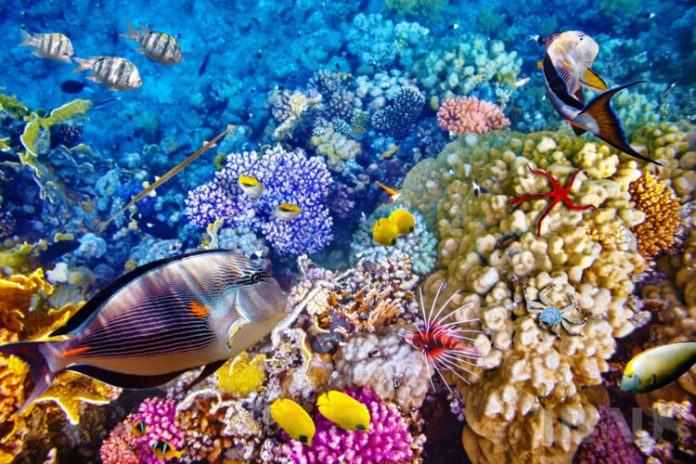 After a lot of scientific research, notices issued in public interest and warnings from environmentalists, it has been confirmed that indeed, the Great Barrier Reef is on its way to a sad, slow death as reported by the Independent. A group of experts have said that the extent of damage on the Reef is so severe, that in its current state, the damage cannot be reversed. The first alarming report came when a group of scientists surveyed the Reef and found that over 90% of the corals had been bleached white. This happened because coral polyps expelled algae that used to live inside their tissues. Also, 67% of shallow water coral were already dead. The survey was conducted over a 700km stretch.

A statement released by the group of experts states: “[We are] united in our concern about the seriousness of the impacts facing the Reef and concluded that coral bleaching since early 2016 has changed the Reef fundamentally.”

“There is great concern about the future of the Reef, and the communities and businesses that depend on it, but hope still remains for maintaining ecological function over the coming decades.”

And the report came to the conclusion: “Members agreed that, in our lifetime and on our watch, substantial areas of the Great Barrier Reef and the surrounding ecosystems are experiencing major long-term damage which may be irreversible unless action is taken now.”

“The planet has changed in a way that science informs us is unprecedented in human history. While that itself may be a cause for action, the extraordinary rapidity of the change we now observe makes action even more urgent.”

The Great Barrier Reef Marine Park Authority also made a statement following the results of the survey conducted. “The concept of ‘maintaining ecological function’ refers to the balance of ecological processes necessary for the reef ecosystem as a whole to persist, but perhaps in a different form, noting the composition and structure may differ from what is currently seen today.”

The only to prevent the further damage of the Great Barrier Reef is to stop continuously polluting the environment with greenhouse gases and use them only to a minimal degree.