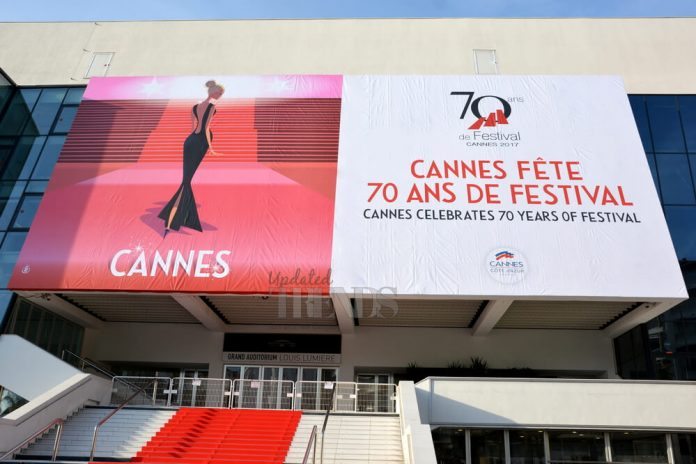 Organizers of Cannes Film Festival 2017 observe a minute of Silence, cancels fireworks and screening of Cars 3 to show solidarity to people of Manchester

The city of Manchester woke up to the shocking news of suspected suicide bombing at Ariana Grande’s concert on May 22, 2017 which led to the death of at least 22 people, including children. Organizers of Cannes 2017 observed a minute of silence at 3 PM local time today, May 23, in solidarity with the city of Manchester. Cannes chief Thierry Frémaux also announced the cancelation of fireworks meant to commemorate the film festival’s 70th anniversary. In a statement to AFP Frémaux said –

“I want to show our solidarity with the city of Manchester. We must show that we will not accept this and that life goes on. At 3 PM, we will be at the top of the (Palais) steps to observe a minute of silence.”

“The Festival de Cannes would like to express its horror, anger and immense sadness following the attack on the public and the city of Manchester last night.

This is yet another attack on culture, youth and joyfulness, on our freedom, generosity and tolerance, all things that the Festival and those who make it possible – the artists, professionals and spectators – hold dear.

The Festival de Cannes invites all festival-goers to show their solidarity with the victims, their families and the British people by observing a minute’s silence this Tuesday 23 May at 3pm.”

While addressing all the visitors and invitees at Cannes Film Festival 2017 as they observed a minute of silence, Chief Thierry Frémaux said –

“We are a festival of peace and sharing. The people who were at the concert last night were doing nothing different from what we’re doing here: being together, enjoying freedom, loving and sharing passions. In honor of and with a thought for the victims… and all of our British friends, and to think once again (of those) in France, in Belgium, in Germany, in the United States or in England and everywhere else — in Pakistan and Syria — to all who are victims of this absurdity, this warfare, we observe a minute of silence.”

A photo call and reception for Pixar’s Cars 3 was also canceled in wake of the Manchester attacks. Makers of Cars 3 thought it necessary to cancel their promotional activities for the day out of respect for those injured and those who lost their lives. Further, since the attacks, France has been on a red alert and security has been heightened at the Cannes Film Festival.