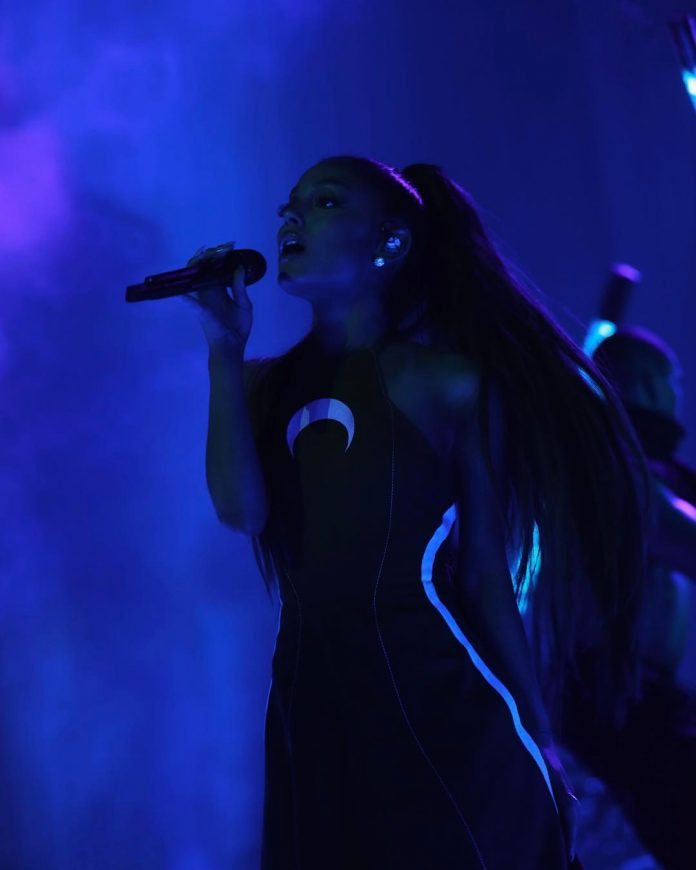 A pop concert by Ariana Grande at Manchester Arena last night ended in tragedy when a bomb exploded, killing 19 innocent victims and injuring over 50 more people. The pop singer had just finished her performance and walked off the stage, when concertgoers heard a loud explosion. Videos released from the site show people panicking and running away from the venue after smoke began emerging from the area where the explosion occurred.

Further details are still emerging about the blast at one of England’s biggest and most busiest venues. The saddest part is that those attending Grande’s concert were mostly children and those in their teens and early 20s. Prime Minister Teresa May issued a statement shortly after the news of the explosion, saying, “the full details of what is being treated by the police as an appalling terrorist attack.”

Update: The first victim has been identified as 16-year-old Georgina Callander.

Ariana Grande issued her own short statement on Twitter shortly after the attack, saying: “broken. from the bottom of my heart i am so so sorry. i don’t have words.” (sic) Her manager, Scooter Braun also issued a statement, which reads: “Tonight, our hearts are broken. Words cannot express our sorrow for the victims and families harmed in this senseless attack. We mourn the lives of our children and loved ones taken by this cowardly act. We are thankful for the selfless service tonight of Manchester’s first responders who rushed towards danger to help save lives. We ask all of you to hold the victims, their families, and all those affected in your hearts and prayers.”

Manchester Arena is a major stop-over for international artists, since the venue can hold over 21,000 patrons. Take That were supposed to perform shortly, followed by KISS on May 30, Celine Dion on June 25 and Lady Gaga on October 17. It is not yet known if these concerts will go on as per schedule.

This attack has become the deadliest since the 52 Londoners were killed in a subway attack back in 2005. A number of nightclubs and packed venues have been the target of minor and major terrorist attacks in the past few years all across Europe. The saddest videos from the event show parents struggling to find their children that they dropped off a few hours before to watch their idol on stage, as part of her Dangerous Woman Tour.

And while more news still emerges from the blast at Manchester Arena, a number of celebrities have tweeted their sadness and support for the victims and those affected by the blast.

broken.
from the bottom of my heart, i am so so sorry. i don't have words.

My thoughts, prayers and tears for all those affected by the Manchester tragedy tonight. I'm sending all my love.

Tearing up imagining innocent concert goers losing their lives.. praying for everyone and all #arianators. ??????

I'm heartbroken over what happened in Manchester tonight.
Sending love to everyone involved. H

My thoughts and prayers go out to everyone affected in Manchester.

My heart hurts for my sister, Ariana & every family affected by this tragic event in the U.K. Innocent lives lost. I'm so sorry to hear this

Praying for everyone at @ArianaGrande's show

every musician feels sick & responsible tonight—shows should be safe for you. truly a worst nightmare. sending love to manchester & ari

Just saw the news about Manchester… Our hearts are breaking ? Prayers for all who attended, their families, Ari and her whole crew.

Sending love to those affected in Manchester.

I am truly so sorry about what has happened in Manchester tonight. Unthinkable events. All my love to the families affected.

Absolutely Horrendous what happened in Manchester tonight. My thoughts are with the great people of Manchester and also Ari and her team xx

What is happening in Manchester is absolutely terrifying. Praying everyone effected has found safety and hope Ariana is okay 🙁 Jesus

My thoughts and prayers are with the people of Manchester, any one affected, @ArianaGrande and the entire crew. Heartbreaking