The Golden Globe 2017 officially kicked off awards season in Hollywood for the year, and we cheered on all the winners for the evening who took home the prestigious awards (La La Land broke records and won all seven categories under which the Ryan Gosling-Emma Stone starrer was nominated). Then there were also the red carpet moments that had us swooning with designers like Versace, Louis Vuitton and Naeem Khan, among others being donned along with Lorraine Schwartz and Harry Winston jewels.

But us foodies also want to know what the stars ate during the event! Moet was the champagne of choice, and Best Actor winner Ryan Gosling was seen munching on potato chips before the event, because he is all of us. We got to know what was served during the evening, and let’s just say it was classy and divine.

Prepared by Chef Alberico Nunziati from Beverly Hilton, A-listers were served a three-course enviable meal that was Instagram-worthy. 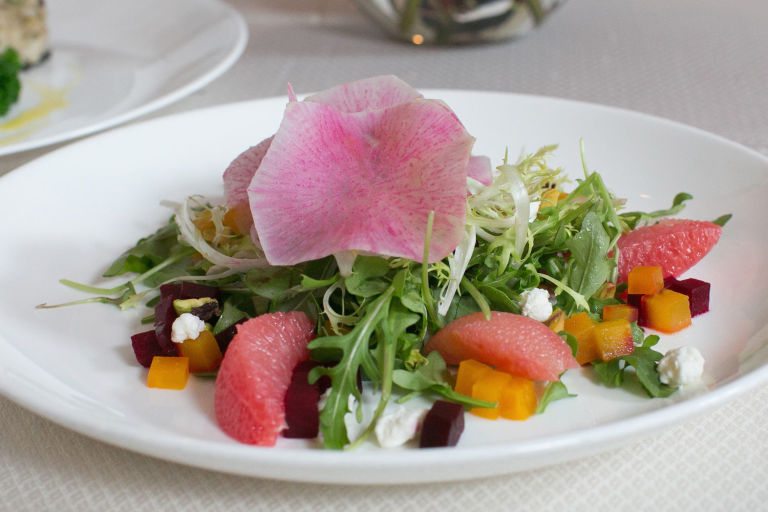 Salad, you say? Of course, because the stars had to fit into their expensive ensembles and follow a strict diet, even though it was time for a celebration. The Chef’s choice salad was watermelon radish, goat cheese, grapefruit and golden beetroot, to match with the winner’s statue. Have you ever even heard of beetroots being golden? 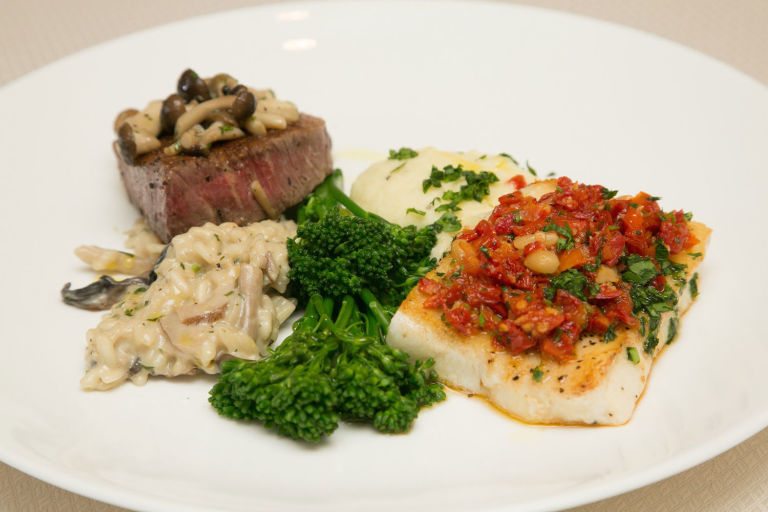 Usually when you go to any fancy-shmancy restaurant, you pick either steak or fish. But this night was a special one, so guests got served both! That’s fillet mignon and sea bass steaks together with porcini mushroom risotto and sun-dried tomato pesto, along with a side of veg. All perfectly done, perfectly tender and perfectly mouth-watering. 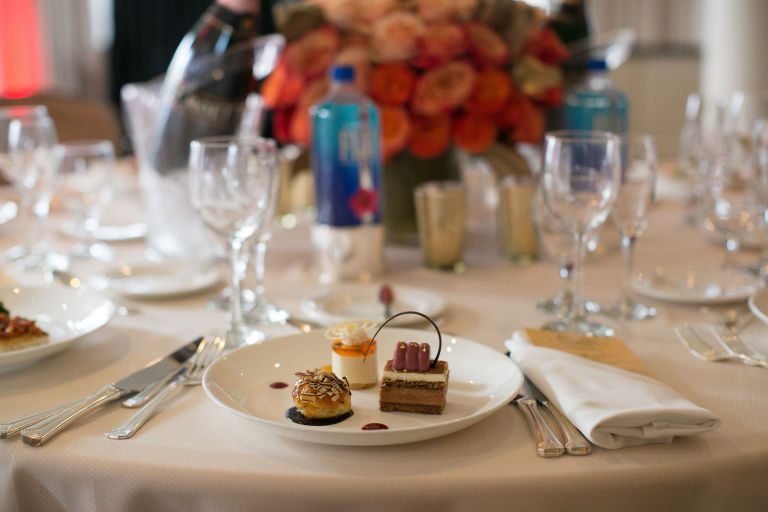 No perfect meal is complete without a little sweet on the side. It looks like the Chef couldn’t make up his mind, or just wanted to give his guests his best. And that meant a little of everything. Profiterole on dark chocolate, tiramisu with Nutella mousse and a wedge of almond cake with orange mascarpone cream.

That’s what’s served only for the rich and famous.