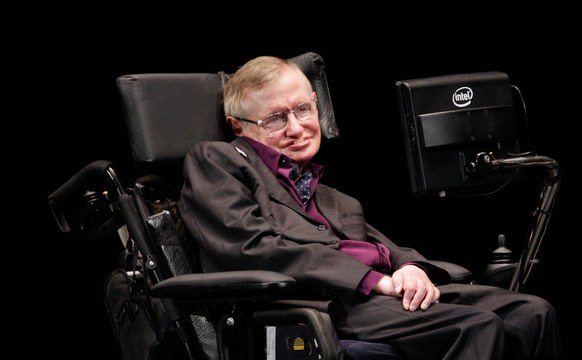 As the science prodigy and British theoretical physicist celebrated his birthday yesterday, we are in awe of the life and works of this pioneer!

1.  Hawking was awarded the Presidential Medal of Freedom on 2009 by President Barack Obama.

“However difficult life may seem, there is always something you can do and succeed at.” – Stephen Hawking

2. He was birthdate is co-incidentally the 300th death anniversary of physicist Galileo Galilei.

“We are just an advanced breed of monkeys on a minor planet of a very average star. But we can understand the Universe. That makes us something very special.” – Stephen Hawking

3. Stephen has 12 honorary degrees and he is a Fellow of The Royal Society and a Member of the US National Academy of Science.

4. Hawking has estimated that he has studied for over a thousand hours during his three years at Oxford University. This made sitting his final exam quite a challenge for him and he chose to answer only theoretical physics questions rather than those requiring factual knowledge.

“I have noticed even people who claim everything is predestined, and that we can do nothing to change it, look before they cross the road.” – Stephen Hawking

5. Hawking was diagnosed with a rare form of ALS when he was 21 years old, that has a slow progression and has caused complete paralysis over the years.

“Life would be tragic if it weren’t funny.” – Stephen Hawking

6. When he was diagnosed with this rare form of ALS, he was given hardly 10 years to live by doctors, but he defied all odds and is still fighting strong at 75 years of age! He’s an inspiration for people across the globe.

“My advice to other disabled people would be, concentrate on things your disability doesn’t prevent you doing well, and don’t regret the things it interferes with. Don’t be disabled in spirit as well as physically.” – Stephen Hawking

7. Stephen’s book A Brief History of Time, published in 1988 has sold more than 10 million copies over a period of 20 years. It was on Sunday Times’ Bestsellers List for over 4 years.

So go, live you life Hawking style and make the best of it while you still can!