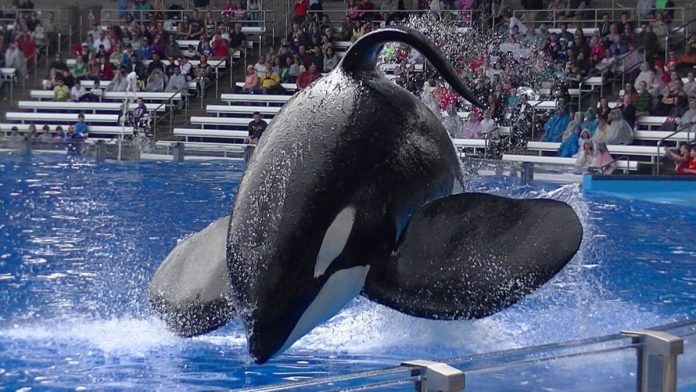 The world was shocked when it was brought to light, life in captivity for hundreds of orcas in the hit documentary, Blackfish. The star of that show was Tilikum, an orca that had been captured in the ’80s, torn away from his mother when he was still a calf, and brought to SeaWorld for the amusement of park visitors who payed good money to see his trained antics.

From the beginning, Tilikum was special. His trainers and other staff at SeaWorld loved him. But he was a slight rebel as well, an orca who kept to his wild roots and could not be tamed. His dorsal fin, the one that is situated at the top of the body of an orca, had completely collapsed to his left side, a sign that he was living in cramped conditions as compared to his ancestry from Iceland. As a young orca, he had been forced to live with two others of his being, bigger than he was, and was subjected to harassment by them, the result of which left him bleeding and in despair, with no chance of swimming away.

Due to his wild side, Tilikum also ended up killing three people on three different occasions. The first was a trainer while he was being held in captivity in British Columbia. He dragged her by the foot and forced her to the bottom until she fatally drowned. His next victim was a man who trespassed his enclosure, and like many other such stories, the wild being took his chance and ended the man’s life. His body was found with multiple injury marks, meaning that he had been tortured by the orca before ultimately drowning. The third victim was another trainer who was actually very close to Tilikum. During a show in front of scores of witnesses, he dragged her to the bottom and wouldn’t let go, and she fatally drowned as the previous victims.

Read this detailed report on orcas in captivity, featuring Keto and Tilikum by the Orca Project.

Despite several protests and petitions to have him returned to the wild, his fate was sealed. The reason being that he was too old to go back to his Icelandic home, and also because he was a great cash cow for SeaWorld. During his lifetime, he fathered a total of 21 orcas, 10 of which are still alive. He even had grandchildren, two of them – Malia and Trua being his so-called roommates within the same tank.

In last days, Tilikum suffered from a lung infection caused by rare bacteria. Of course he would, considering that he is kept confined in artificial environments not meant for a beautiful giant wild beast like himself. Still, he performed and wowed crowds with his majestic self. Tilikum finally breathed his last on January 6, 2017. We hope that in the light of his death, laws are passed to refuse the use of wild beings for human entertainment and that they be returned and not captured from their natural habitat where they truly belong.