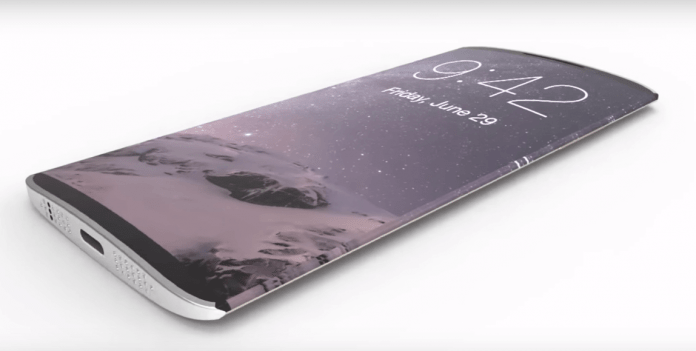 Apple’s iPhone 7 is barely out, and the tech community is already a-buzz with rumored features that will be introduced to the iPhone 8 that will launch next year. 2017 is a big year for Apple as the iPhone celebrates its 10th birthday. So, one can only imagine that the tech giant is going to go all-out for their bestselling product.

At the top of the rumor list is the talk (backed by The Wall Street Journal) that Apple will introduce an OLED screen for the iPhone 8. Though more expensive than their LCD display phones in the past by $50, it does give a much better experience for users. The benefits of an OLED screen is that it is more energy efficient and doesn’t require a backlight, and this could help save battery life, which in the past has been a problem with iPhones.

Another big rumor is that Apple will look to eliminate the top and bottom bezels, so this could completely eliminate the Home button as well as the area where the front-facing camera is located. Jony Ive was looking to have the iPhone made completely out of a sleek sheet of glass, so it could work if the camera is in-built in the screen.

Apple is currently researching and refining at least 10 prototypes of the iPhone 8, so what finally comes out could be anything. What the company is technically aiming for is wireless charging, a longer battery life, better display and probable face and retina detection.

For more rumors on the Apple iPhone 8 series, click here.

Check out the history of Apple iPhones on the 10th anniversary –