Donald Trump is the most Influential Person of 2016, Finds Out Time Magazine

America is still trying to figure out reasons as to how Donald Trump managed to get majority votes and win the elections. A few reports suggest that Donald Trump reached out to the forgotten Americans.

When Time Magazine was doing it’s background research into what makes Donald Trump ‘the’ Time’s Person of The Year 2016, it commissioned photographer Lise Sarfati to capture the everyday Americans who supported the Billionaire. 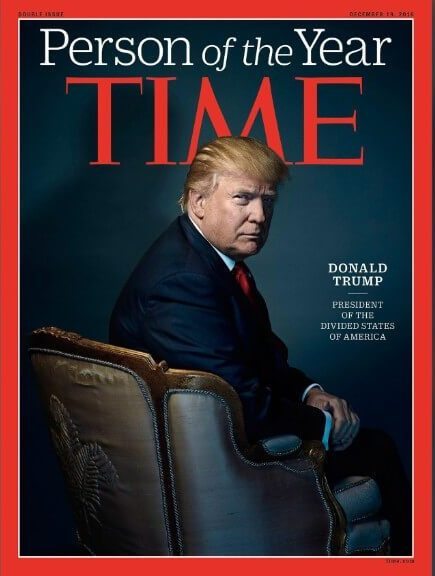 Let’s take a look at the belt of votes who proved to be a major reason behind Trump winning the elections. Here’s a review from a few voters or you could probably call them ‘Team Trump’ now!

Meet the Forgotten People Who Made Donald Trump President

Shannon has never voted before, for her it was never about a Democrat or Republican. It was all about being an American and Trump succeeded convincing her by being a big poster for change, a much needed change. The reason she din’t support Clinton was because she went all the way to appeal the Non-Americans and Immigrants but not Americans!

After years of service as a salesman, Darryl was now looking to live a good life for himself. He wanted to open his own hot-dog stall too. His reason to choose Trump over Clinton was that in the present scenario it is all about money and business, and America is business. Trump was going to bring in the business change in America

The Voss, have a beauty salon and the soul reason they chose a Republican is because he promised for a change. Casey voss said that I am worried about every dollar I earn. She strongly claims that everything happening around or in my business seems out of my control, this scares me!

The couple say that their reason to choose Trump is largely based on the changes in the economy he claimed to bring, mainly to get rid off free trade. They added that there was a time where America supported huge industries and good jobs. We need that back!

Sara a student works at a retail shop on part time basis, having her grandfather as her role-model who was a migrant from mexico and passed away a few years ago as an American Citizen. Sara said, “I’m all for immigration if it is done legally, and for people wanting to live the American Dream, like my grandfather did”.

Mr. Dougherty puts forward strong reasons to vote for Trump. He says that Trump was very representative when it came to hard-working and blue collared workers who are looking for sustaining jobs. Always being on the democrat side, it was not time for a Republican change! He din’t stop to add that “We didn’t leave the Democratic Party. The Democratic Party left us.”

Bob says that the Trump supporters include those communities which have small-business , firefighters, correctional officers and all those good people trying to take care of their loved ones. The Democrats always thought of us as the unimportant community- We are alive now!

Naomi who is a baker and a member of the United Food and Commercial Workers Union Local 951, which was endorsed by Hillary Clinton. Holding a strong opinion on the elections she castes her vote for Trump and defended herself by saying,”You(Hillary) weren’t brought into this world to rely on Ms. Suzy down the street to pay for you!

Kimberly daughter of Teamster and a textile mill worker, believed in the Democrats since birth. But when the real estate investor (Trump) came into the picture, his promises to bring back jobs and revive economies changed her beliefs. ‘He’s a champion for hard-working people like us,” she says.