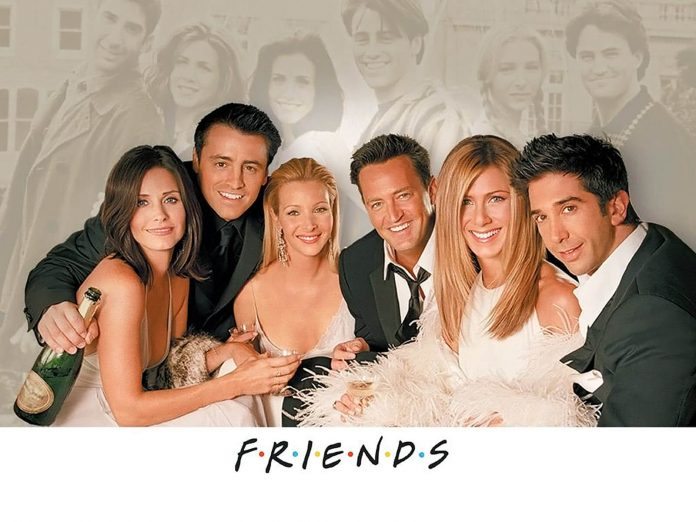 Friends premiered on Sept. 22, 1994 for the first time. So a technological revolution later, here we are, still binging on the sitcom today. But it’s funnier than ever because the technology is so laughably outdated.

Here are some of our favorite tech moments from the all-time favorite show!

Monica thought she was leaving Richard a slightly embarrassing voicemail, but it turned out she was accidentally changing his outgoing message. 1990s phone wizardry.

Rachel accidentally combined the recipes for an English trifle and a Shepherd’s pie because two pages in a cookbook got stuck together – something that would never happen in the age of the internet.

4. Reactions to Early Laptops Were So Funny

“We’ll put their names in bold with different fonts and I can use different colors for each column,” is a true sentence Chandler Bing said about his new laptop.

Ross and Chandler spread some sneaky misinformation about each other on their college alumni website. It went a little far and Chandler made everyone believe that Ross was killed in a blimp accident. With today’s social media, there’s no way a rumor like that wouldn’t be shot down immediately.

6. Video Chatting Was Such a Privilege!

Monica’s rich boyfriend Pete had an early iteration of FaceTime built into his wall. Today, video chatting is a pretty standard form of communication.

7. Realizing How Important The Internet Is

What are your favorite tech moments from the show? Share them in the comments below and it might just find its spot on the list. Till then, keep binging on!