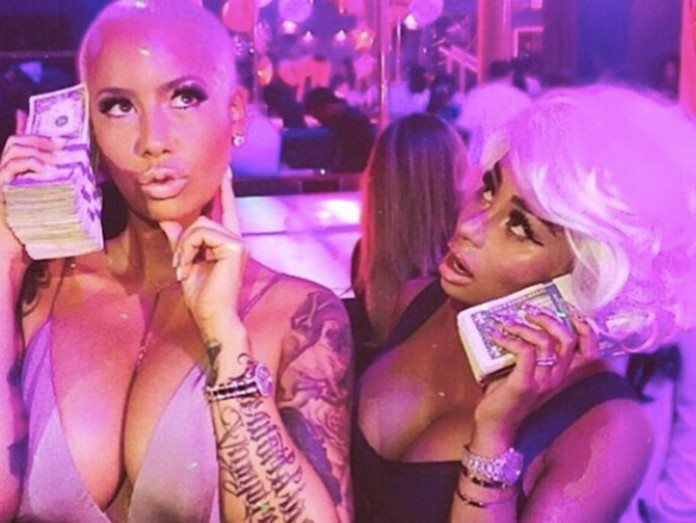 How the heck did they ever get that famous? True, they are beautiful, dashing, larger-than-life beings who we secretly all want to be. But let’s be real – if it wasn’t for all their drama, headlining scandals and debaucheries-made-public, would we even properly know who they are and would we still care? Apart from those hookup rumors that plague co-stars during the time of a movie release for publicity, here are some scandals that got most of these attention-grabbing stars their place in the spotlight. Maybe you, too, can get some tips from them. Cool beans. And yes, Kim Kardashian West tops the list. Sorry, not sorry.

Kim K, who? That’s right. Before she became the reality star in hot pursuit by tabloids, this Calabasas, California native was nothing more than arm candy for a couple of men. Case in point? The current Mrs. West was once the wife of Damon Thomas (exactly: unknown “celebrity” of a bygone era) and also personal assistant to then reality show founder, Paris Hilton. However, she made lemonade out of lemons when her notorious sex tape was released, and bada-bing-bada-boom, she is who she is today and has brought her entire family up with her.

Drop dead gorgeous. Victoria’s Secret model. Zayn Malik’s girlfriend. Kendall Jenner’s BFF and Taylor Swift squad member. Before she was all that and so much more, Gigi was just another rich, spoilt little girl of famous parents with enviously great genes. But how was she catapulted to fame overnight? Scandal, obviously. If one can recall, back in 2015 when she was still up-and-coming and dating Cody Simpson, images were everywhere of Gigi with nose to the table, looking like she was snorting cocaine. How convenient. The tabloids went crazy and Hadid went public, and well, the rest of us can live our mundane lives while she continues to post dreamworld images to her social media.

It’s not only the women who become the arm candy of the rich and famous to get rich and famous. There are even some men who will get into bed and spawn some children to wrangle their way into the spotlight. And the most prominent among them has to be self-proclaimed “Lord Disick”. There are others of course, who form part of the Kardashian Klan, including Jonathan Cheban and those Haqq sisters. But it was Scott who got eldest Kardashian sister, Kourtney to suffer for years with his high-handedness and wannabe party animal ways. She is, in fact, the mother of his three children, and their coupling was necessary for Kris Jenner to keep her family’s reality show diversified and relevant. No one knows yet what this average-Joe really does for a living.

Claim To Fame: Co-parenting With A Celebrity

See, there are so many of these big-booty women running around with fake eyelashes and fingernails, it’s hard to keep track of who’s dating who and who is the “baby mama” to some up-and-coming rapper. Whether it’s Amber Rose + Wiz Khalifa – Kanye West = Baby Bash or Blac Chyna + Rob Kardashian – Tyga = King Cairo (where the hell do they come up with these weird names?), these ladies played it smart and got pregnant pronto before they could be dumped by their respective partners and gained years of free moolah in the form of parental support, along with a boost for their careers in the spotlight.