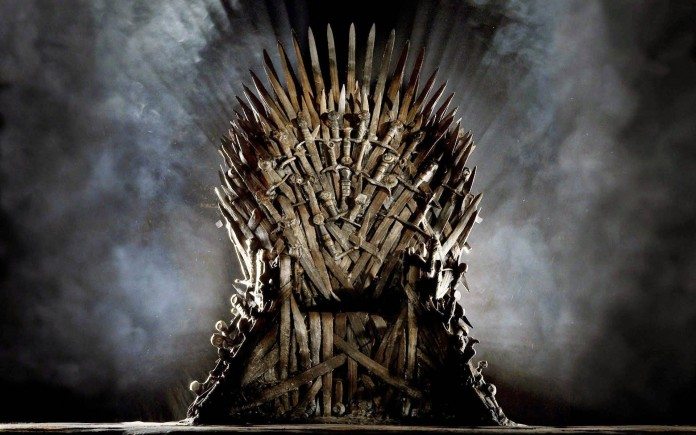 Now that Jon Snow is alive, we can all rest and love Melisandre more than just for her topless scenes. Also, the fact that there is a chance that our favorite bastard can kill the other bastard of Westeros, Ramsay Bolton, makes us warm up to the Winter that is coming.

Also, in case you want to know what the Red Woman was muttering over Jon Snow’s body, we have the original and translated versions from High Valyrian (thanks, again to Watchers on the Wall):

In Season 6 Episode 2 of Game Of Thrones that aired on Sunday on HBO had us go through various emotions, from Bolton Sr. being stabbed to death, to Mrs. Bolton and the newborn being consumed by hungry hounds at the hands of up-and-coming villain Ramsay Bolton. Of course, the icing on the cake was a sullen Melisandre being prodded by Sir Davos to bring the ice-cold Lord Commander of the Night’s Watch to life and the final moments of Kit Harington gasping for air.

There were some more interesting moments as well that may have been missed because of the gasping viewers – Hodor could once talk, as the the Warg version of Bran envisions. His name was Wyllis and he was there when the OG Stark children – Eddard (Ned), Benjen and Lyanna were still alive and innocent to their dark futures. A great thing about Season 6 is that it seems to be really picking up pace. While the previous Seasons were about the books, the television series can now hold its own and determine what lies ahead in the fight for the Iron Throne.

We can now note that within the latest episode – Home, both Jon Snow’s resurrection and the past about Lyanna and Hodor have been brought to the fore. Is there a connection? If you have read the books or are obsessed with fan theories, you may have come across the “Tower Of Joy”. And it may have some significance to the continuing story…

According to WatchersOnTheWall.com, an article written by them a few months ago already covered the possible filming location of the Tower Of Joy. So what is the significance of this place? In A Song Of Ice And Fire the Tower has some significance. The history is spoken of perfectly by Westeros.org: The Tower Of Joy was a round tower in the northern edge of the Red Mountains Of Dorne. It lay in the Prince’s Pass, with Kingsgrave to the south and Nightsong to the north.

The tower was named the Tower Of Joy…by Prince Rhaegar Targaryen. At the end of the war, Lord Eddard Stark and six of his companions…approached the tower. They found it guarded by three members of the Kingsguard…After the fight, Lyanna Stark was found dying inside the tower by her brother, Eddard.

That famous scene includes the Bed of Blood, which is believed to be the birthing of Jon Snow, who the noble Eddard took back to Winterfell and pretended that it was his bastard out of wedlock. And yes, a Targaryen is mentioned – who is Rhaegar? He is the first born of Aerys Targaryen, and has other two siblings, whose names you are familiar with – Viserys and Daenerys. Rhaegar had kidnapped Lyanna (for unknown reasons) and as per many fan theories, is the father of Jon Snow. This means that Jon somehow has Targaryen blood in him and…we are too excited to continue! Also involved in the mix is the house of Dorne – because Elia Martell (the sister of Oberyn Martell) was married to Rhaegar Targaryen. Interesting indeed.

The picture above is a still from the upcoming Game Of Thrones Season 6 Episode 3, where we see a young Eddard (Ned) Stark and his companions taking on who could be the Kingsguard at the Tower of Joy. There’s about to be full-on madness in the land of Westeros. Be prepared for the Season of your life.