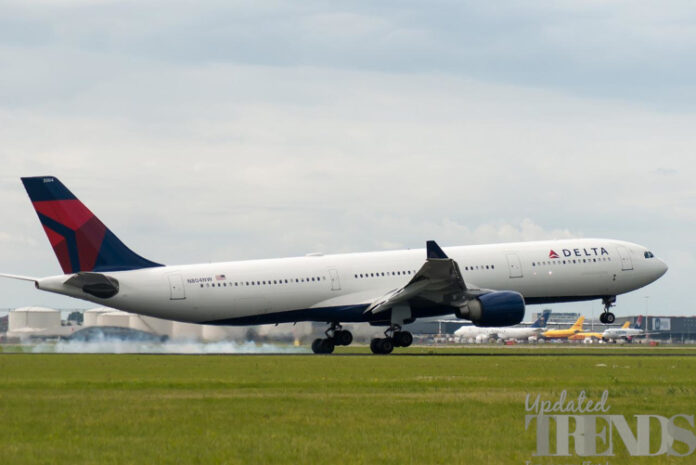 Travel demand has increased in recent times with a number of airlines that are already struggling to handle the passenger flow. Amidst the increase in the travel demand, Delta Airlines has placed an order with Boeing for 100 Boeing 737 Max 10 aircrafts. This has marked its first major order in a decade  from the U.S. based manufacturer. The deal between the companies also has options for 30 more of the aircrafts and the deliveries are expected to begin by 2025.

The fresh order from the airlines is surely a good news for the aircraft manufacturer. It is one of the high-profile sales and includes orders that have been placed by state-owned airlines in China. Boeing said that the announcement of the order had emitted all the trade related tensions. The shares of the aircraft manufacturer went up by 3 percent  while the shares by Delta  were higher than 4 percent. The order placed by Delta Airlines is valued at $13.5 billion but the airline did not reveal how much it has paid. It added that the sale will not change the latest capital expenditure forecast.

Delta, in a statement on July 18, 2021 said that  the latest order from Boeing will help to bring a make-over to its fleet which is currently looking forward to make the most as  the travel demand increases. The airline had faced a record slump during the COVID-19 pandemic. The airline has also assured that the new Max aircrafts will be 20 to 30 percent more fuel efficient than the jetliners that they will be replacing. Delta is also one of the top four carriers in the United States  which has not ordered new Boeing jets in recent times.

The airline recently retired its Boeing 777s during the pandemic  and has in recent times accepted more deliveries of the Airbus A350 twin-aisle aircrafts. The Boeing 737 Max was grounded after two fatal crashes in 2018 and 2019. But then the grounding was listed in November 2020.