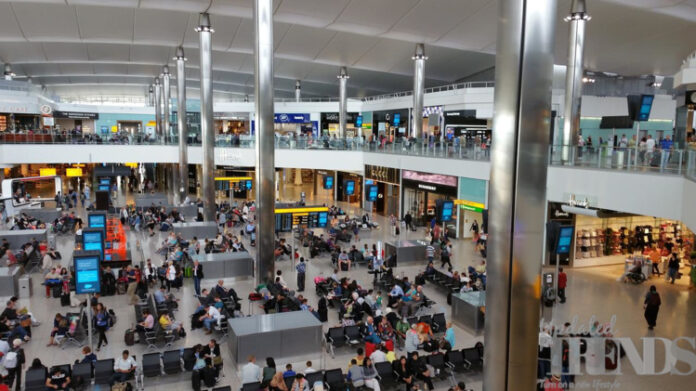 The Heathrow Airport in London is one of the busiest airports in the world. However, the airport is now contemplating with staff shortage issues that have caused constrained capacity. Chief executive of the airport has asked the airlines to stop selling tickets until September, 2022. The airport has said that it is preparing to limit the number of passengers and has cited staff shortage which has caused problems like long queues, lost luggage, last minute flight cancellations, delays and more.

John Holland-Kaye the chief executive at Heathrow in an open letter said that it has called all the airlines to stop selling new tickets as some of the crucial functions of the airport  have been compromised. He added that they realize that this would result in jeopardizing some of the summer journeys as some of them might be moved to another day or another airport or might even end up being cancelled. Holland-Kaye offered apology for the people who could be affected by the decision as their travel plans could be affected.

The chief also said that in recent times he noticed that some of the services had dropped to a level that was not acceptable. He also informed that the airport is not capable of handling more than 100,000 departures each day which is a little less than 104,000 he had thought the airport could have managed. The number of tickets sold has been paused so the numbers could be brought back to the 100,000 cap.

A spokeswoman for the airport clarified that an independent coordinator would be overseeing the enforcement of the capacity limit and will be hired by the Airport Coordination Limited. The company said that it would be calculating the required number of passengers that have to be reduced per airline. This is when the airline will be deciding as to which flight has to be cancelled to comply with the request.