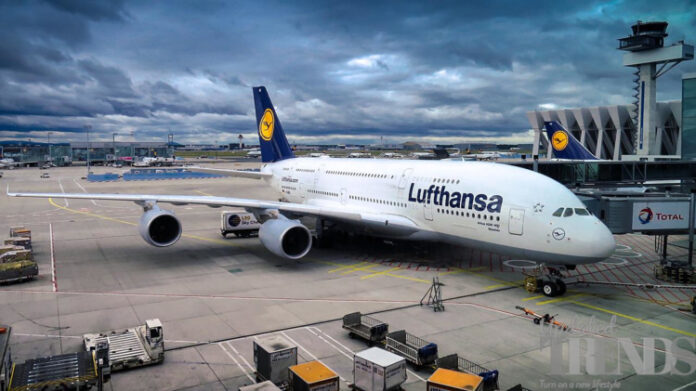 Flag carrier of Germany Lufthansa has announced that the Airbus A380 aircraft is all set to return to the skies starting from this summer. The carrier has confirmed about the return of the aircraft , but it is still not clear as to where the largest passenger aircraft would be flying to. The complete A380 fleet of the airline is currently under storage at two locations in Spain and France.

It was very unlikely for Lufthansa to get back the Airbus A380 back to the skies as it was one of the firsts to ground the aircrafts after a few repatriation flights at the beginning of the pandemic. It was during the COVID-19 crisis, Carsten Spohr the CEO of the airline had said that the aircraft is unlikely to return to the skies. As of now the details on the return of the Airbus A380 are scarce. Although the airline has confirmed about the return, but it has not revealed any specific details which are still being discussed.

Lufthansa has said that it is still under the process of assessing as to how many of the A380s would be returning to service. It is also yet to decide as to which destinations it would be flying to. But one thing seems clear that only a few of them would be returning. The carrier had entered the pandemic with nearly 14 of the jets and had then said that six of them would be permanently decommissioned. The carrier also revealed that six of the aircrafts have been sold.

Talking about the carrier, the company operates from two of its main bases – Frankfurt Airport and Munich Airport. It is hoped that the company would operate from both although Frankfurt is a busier airport but already has the Boeing 747 fleet. Lufthansa pulled the pandemic phase without the Airbus A380. The carrier also said that the decision to bring back the aircrafts was taken while looking at the sharp rise in travel demand.