Parent company of Facebook Meta has said that its employees will have to get their COVID-19 booster shot before they return to the offices in the United States. The company had previously said that the employees in the U.S. offices will have to be vaccinated against COVID-19 when they return to the offices. But now from March, 2022, they will also have to show a proof of the booster vaccine. Meta has also delayed its full office reopening till March, 2022. Previously the return of the employees was set for the end of January, 2022.

The new announcements are being made as the number of COVID infections due to the omicron variant are increasing in the United States. The situation is forcing the company to implement strict policies regarding in-person gatherings. The increase in the number of cases has forced a number of companies and organizations to delay their physical presence. Even some of the big events like the Grammy Awards and the Sundance Film Festival announced changes in their respective schedules.

Even Apple has delayed its return to work in the month of December. Software giant Microsoft had given up predicting an office reopening date in the month of September, 2021. Amazon had also said that it would allow the individual teams to decide as to when they would like to return to the offices. 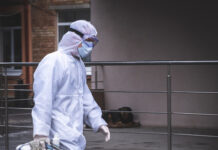