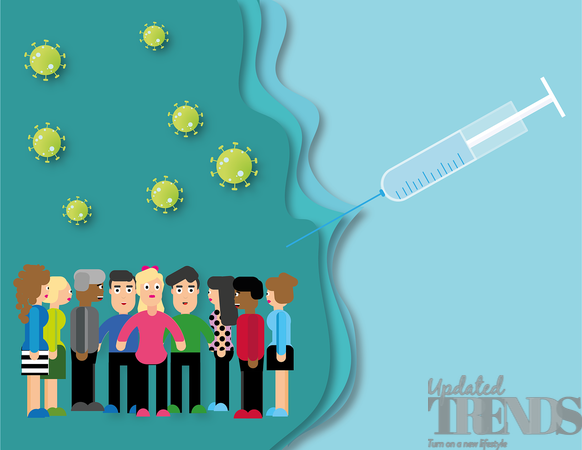 The coronavirus vaccines have started to roll out and a number of countries are offering the vaccine for free. While many people are happy to receive the vaccine, a number of people in Spain are not accepting it. The authorities here are setting up a registry of people who refuse to have a COVID-19 vaccine. The list is expected to be shared with the European neighbors.

Salvador Illa, the Health Minister made the announcement on December 28, 2020 despite the fact that the vaccinations are voluntary. The vaccines were launched during the weekend and it is not mandatory for people to take it. Illa while talking to a leading daily said that people who have refused to take the vaccines will be registered and the list will be shared with the European partners. The list will be of people who have been offered the vaccine but have rejected to have it.

The Health Minister assured that the document with the names of people who have rejected it, will not be made public and will be considered as an authentic document that will be protected. The actual aim of the move is to track people who have been vaccinated against the virus and to also look for the reasons why they are not getting the shot. There are also possibilities that Spain will be able to regain the trust in the tourist sector that has been severely affected. The tourism sector has been affected adversely due to the pandemic.

Spain has been one of the worst hit countries in Europe by the pandemic. As per December 29, 2020 almost 1.9 million cases have been confirmed and more than 50,000 deaths have been reported. For now Pfizer and BioNTech have developed a vaccine that first rolled out in the United Kingdom and is gradually rolling out in other countries as well. A vaccine by Astrazeneca is also in the development and could be out soon.