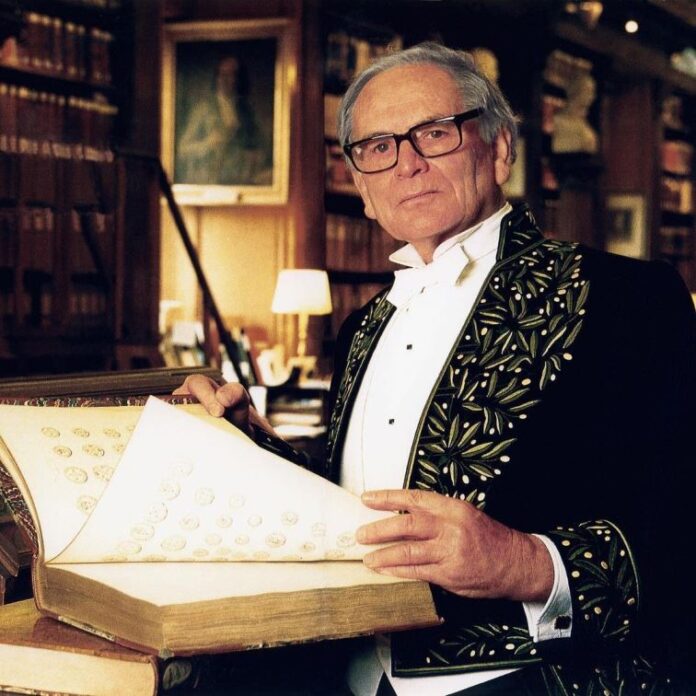 Italian based French fashion designer Pierre Cardin, known for his savvy business moves and space age designs passed away at the age of 98. The announcement about his death was made by the French Academy of Fine Arts but did not give any details about when or where he passed away. He had a career spanning more than 60 years and was known for designing some of the finest jewellery, fragrances, accessories, theatre costumes, furniture, tableware and more.

His official website mentioned that Pierre Cardin’s world consisted of a number of things. His work took inspiration from a number of things that included some amazing and unusual encounters from his everyday life. One thing was sure that his collections was an evidence of his urge for experimentation. A quote from his website mentioned that whether he is doing the sleeves for a dress or the table legs, it seemed the same for him.

Cardin was born in 1922 in Venice Italy and was a well-known designer for women’s clothes and later became a pioneer in the design of high fashion for men. His career spanned for more than 60 years and Cardin was appreciated from his fellow fashion designers as well for his unusual business sense. He had constantly maintained that he built his business empire without ever asking any bank for a loan.

Pierre Cardin became the first designer to sell his clothes collection in the department stores during the late 50s. He also became the first to get in to the licensed business for accessories, perfumes and even food. Pierre then turned to profits for a number of fashion houses. In 1950 he opened his own shop and slowly gained popularity as a men’s suit maker. Later in 1959, he created the first ready-to-wear collection for women. Cardin had always insisted on originality that made him stand out. He added that he always tried to be different to be himself.