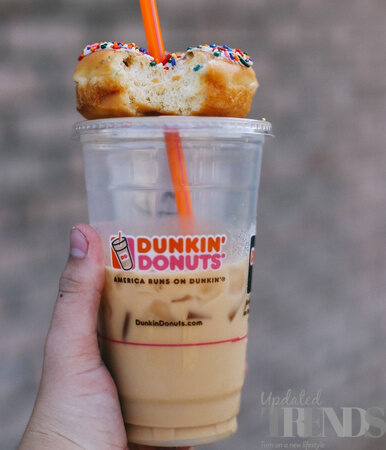 The Dunkin’ is known for its coffee on the go that used to be popular among the commuters. But due to the coronavirus pandemic, the coffee runs in the morning has gone down drastically as the commute has also been severely affected. But the company has now said that it has seen a new trend emerging among the users as the pandemic intensity comes down. The Dunkin’ Brand said that the customers are now looking forward to treat themselves.

It has been noticed that the consumers selected the beverages that are actually tough to be made at home and they included the cold as well as the specialty drinks that are otherwise popular during summer. Dunkin’ is hopeful that the new trend is going to continue and would also become more popular with some of the new items on the menu like Planet Oat Oatmilk that has been launched in all of the US. The company has also made a few permanent introductions of Refreshers that have been made with Green tea that has been flavoured with fruit concentrate.

The new items on the menu is expected to attract the younger generation. Jill Nelson, the vice president of marketing at Dunkin said that they are looking in to the future and are trying to get away from their old ways of serving coffee and adopt more ways that are modern and also relevant. It is not just Dunkin’, but other fast food giants like McDonalds and Chiptole has been looking forward to lean on marketing strategies which are more relevant for the latest generation.

It had recently joined hands with Charli marketing D’Amelio, who is the most followed creator on TikTok and launched the Charli drink which is a Dunkin special brew that has whole milk and plenty of caramel swirl. The campaign also lured its customers to hangout with D’Amelio, who has more than 94 million followers.