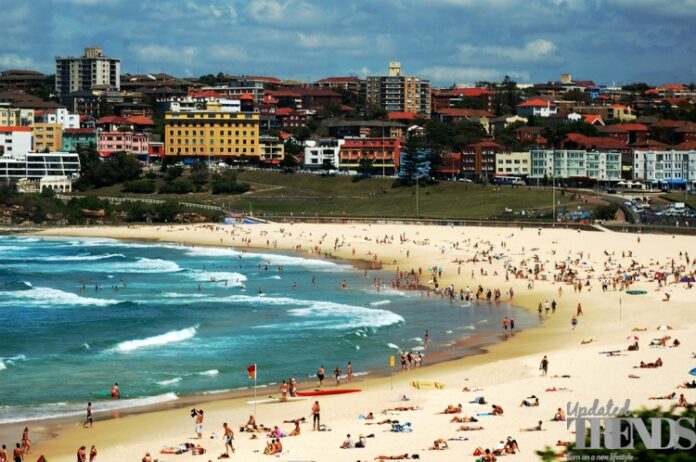 The Bondi Beach ion Sydney Australia is one of the most iconic beaches in the world. Now there are reports that the beach might be partially privatized. A proposal has been presented by the Amalfi Beach Club in Sydney towards the members-only section of the Bondi Beach at New South Wales, Australia. The Waverly Council overlooks at the Bondi Beach. A representative from the Council while talking to a leading daily said that the idea of privatization was originally proposed in the month of May, 2020.

However, the proposal was rejected a number of times due to some or other reason. One of the reasons for rejection was issues that were related to mixing of swimming and alcohol and the idea of not blocking the beach during the high season. This was when the Amalfi Beach had taken another chance. The proposal by the Amalfi Beach has mentioned that it would convert a section of the Bondi in to a members-only section and that would be between the months February-May 2021. The representative has said that the new proposal would be assessed.

Reports say that the Amalfi Beach Club wishes to set beach front cabanas that would be available for the beach goers for a fee. The beach goers who rent the cabanas would also be able to get drink and food service. It has been clarified that the Cabanas would be places two meters apart at the beach. Even a petition has been posted on a Facebook page which has favoured the privatization of Bondi Beach and has mentioned that the proposal is to revive the iconic place, lift the community morale and support the local business especially after the COVID-19 crisis.

Like a number of places in the world, even Australia has faced a financial drop in the tourism sector. Due to the pandemic, the Bondi Beach was shut down completely in April, 2020 as a measure. A rapid testing center for COVID-19 was built at the beach.