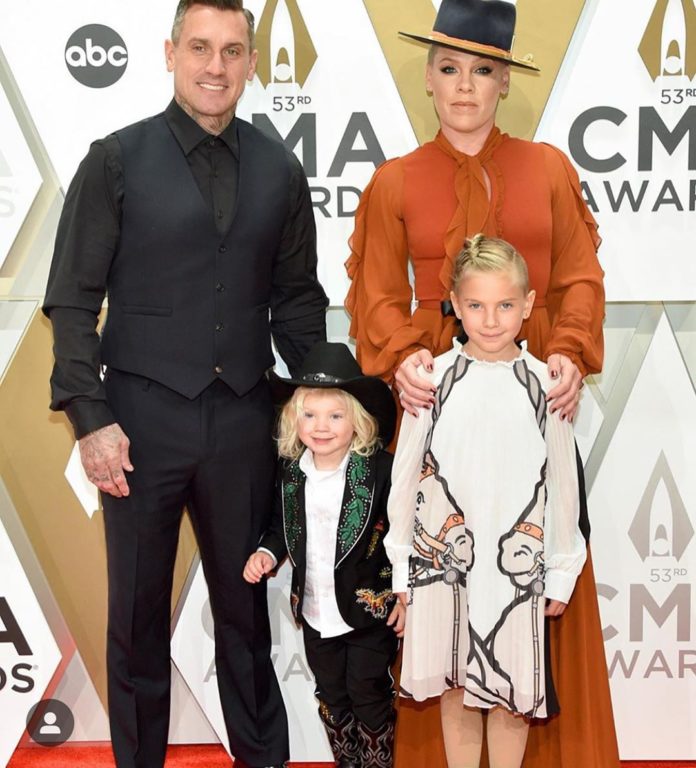 American singer and songwriter Alecia Moore, who is popularly known as Pink has said that she will be taking a break from music in 2020. The singer in an interview on November 13, 2019 said that she would be taking a hiatus from music in 2020 and would utilize the time to spend with her family. Pink is married to motocross racer Carey Hart and are parents to two children daughter Willow Sage and son Jameson Moon.

The singer while talking to the host Cassie DiLaura on the show Entertainment Tonight informed that they were in to music for more than two years and her daughter Willow is now back to school. Even her son Jameson is also going to begin preschool soon. Pink added that the year will be exclusively reserved for her family. The Walk Me Home singer added that her husband Carey Hart has been supportive and has followed her around the world.

Pink got married to Hart in 2006 and were dating each other since 2001. The couple since 2001 has been in an on and off relationship but got married in 2006, but again in 2008, the singer announced that she has separated from Hart, who had also appeared in her music video So What that talked about their separation. During their separation time, they also underwent marriage counseling with hopes that they would reconcile. Soon in 2010, the singer announced that she his back with her husband. In the same year, they announced that they were expecting their first child together and in 2011, Pink gave birth to their first child, a daughter in June 2011.

Pink in the interview added that they were just lucky to be together and added that try their best to keep their relationship alive. The couple keep posting sweet messages on the social media for each other and never shy away to express their love in open.